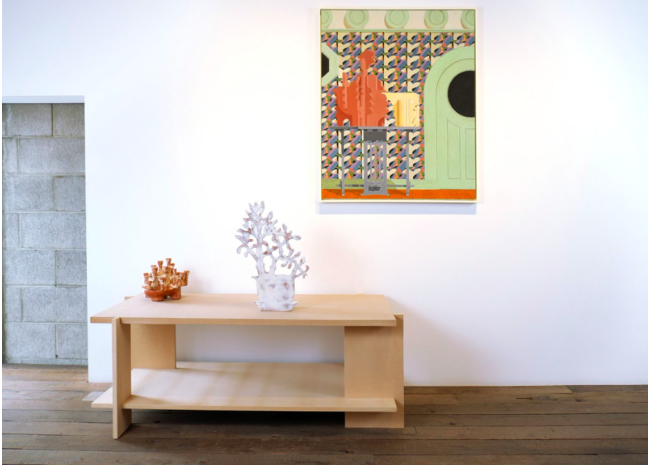 Monte Clark Gallery is pleased to present a selection of recent works by Alex Morrison.

Alex Morrison’s paintings show interior domestic spaces adorned with a variety of brightly coloured architectural and design elements including wallpapers, floor treatments, wainscoting, trims, as well as plants, lamps, tables, and sculptures. They are composed by first digitally constructing 3D stage sets using software, where the surfaces are given “skins” of various patterns either referenced from historical design or the artist’s own, and the objects are created as 3D models. The sculptures depicted, as well as the tables they rest upon, are based on Morrison’s upcoming slab-work ceramics and furniture “plinths” based on the slotted together, Usonian furniture aesthetic of Frank Lloyd Wright.

Wright’s Usonian concept, known as a manifesto for Utopian middle-class American living as much as a practical architectural style, has been re-contextualized by the passage of time and changed greatly in terms of economics and stature. This inevitable aging of a past radical form of design, now depleted of it’s original message and contorted to fit into the present culture and economy, echoes Morrison’s long-term investigation into how domestic environments and architectural styles intersect with cultural ideals and beliefs, and how the vitality or influence of these ideas inevitably becomes distorted over time. 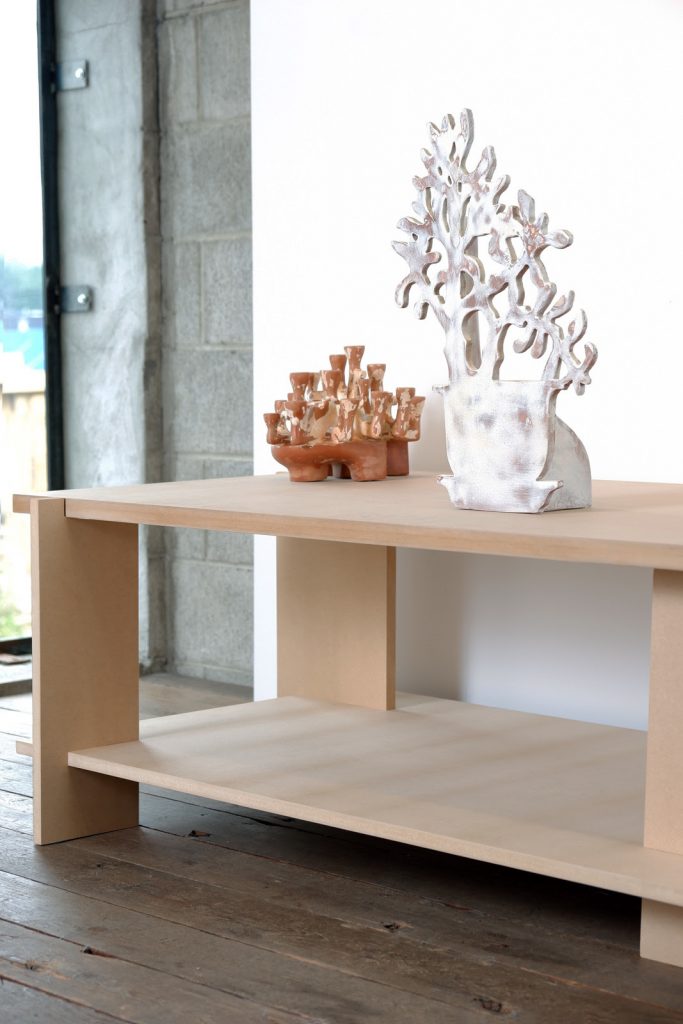 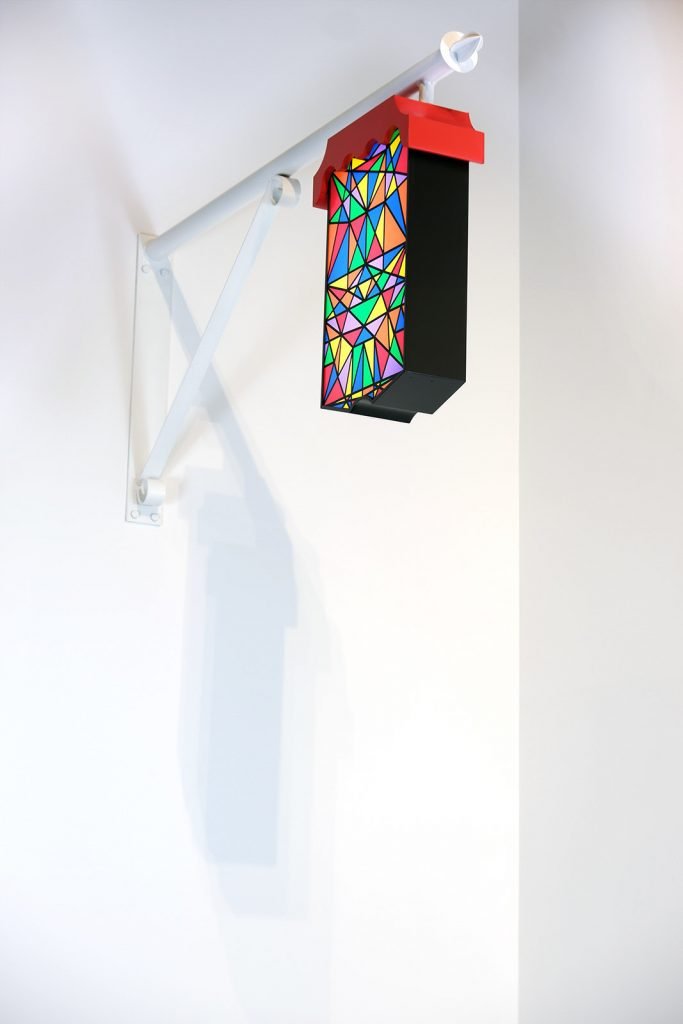 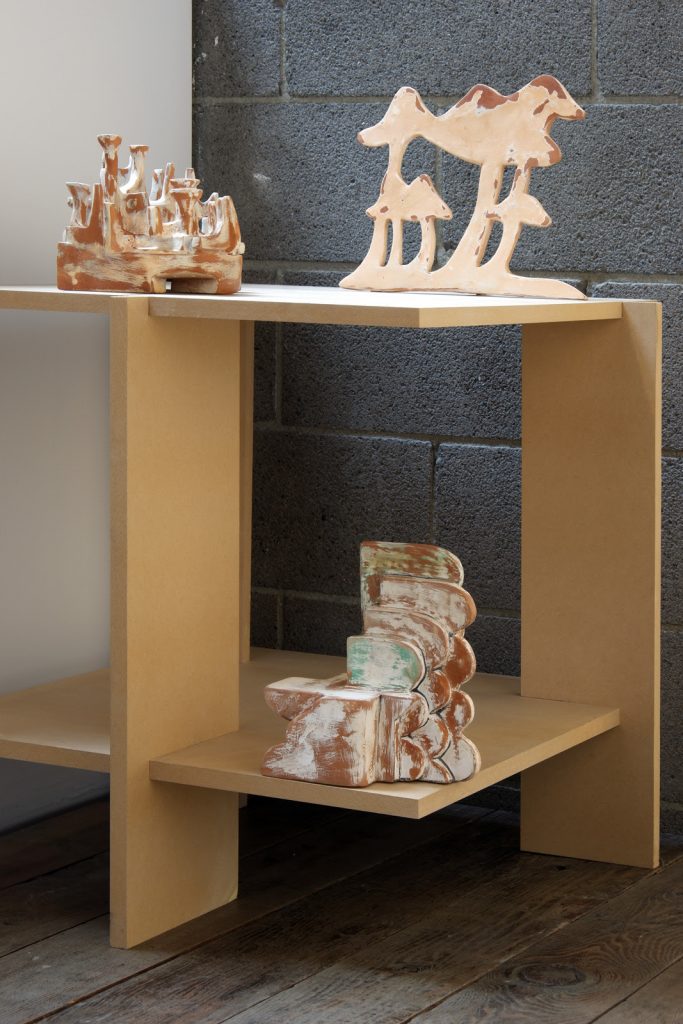