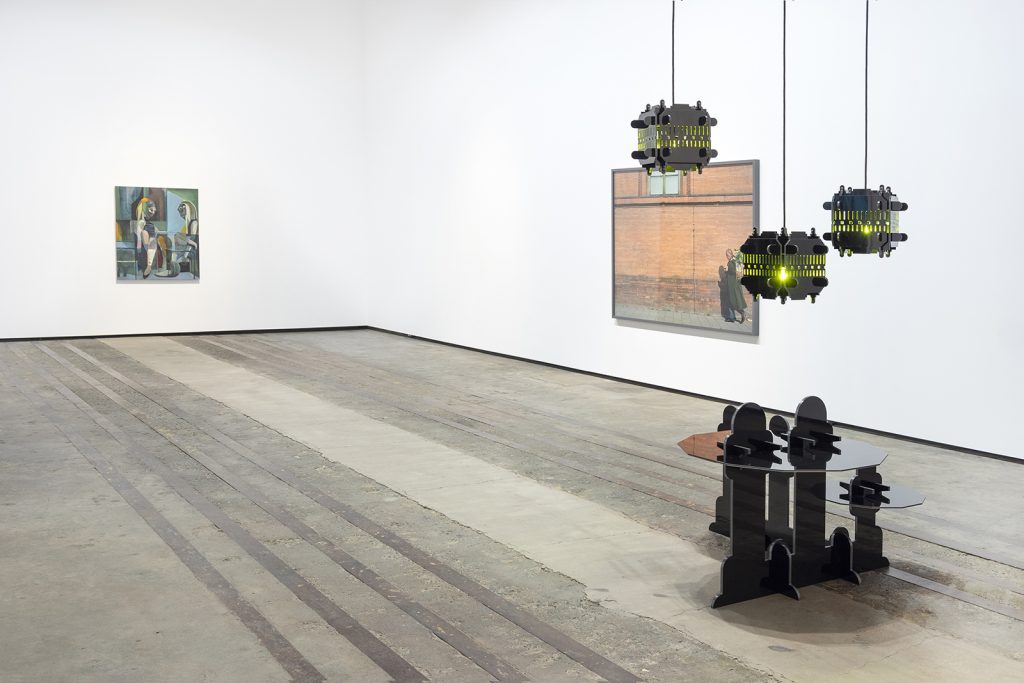 As a way of thinking through the enduring tension between interiority and exteriority in painting, the trellis emerges as a motif. The trellis is a screen and a divider that implicates the viewer- is she kept out or kept in, trapped or protected? Potential relations flicker back and forth. As a structure it appears as a tilted grid, recalling the visual regimes of painting and vision and likewise acts as a ground for objects and events to take place.

Hagazussa is an ancient high German word meaning ‘fence-rider’ which later evolved to refer to witches. The witch is a figure who moves fluidly between the realms of nature and civilization, often living near or on the outskirts of a settlement, whose practice of importing the ‘wild’ through unorthodox practices and herbal knowledge threatened the authority of the church. In thinking of this figure, Yip is interested in exploring not the idea of bridging two realms (for both concepts of nature and civilization are constructs), but rather the threat of ambiguity and an undefinable position unfolding at the site of borders. 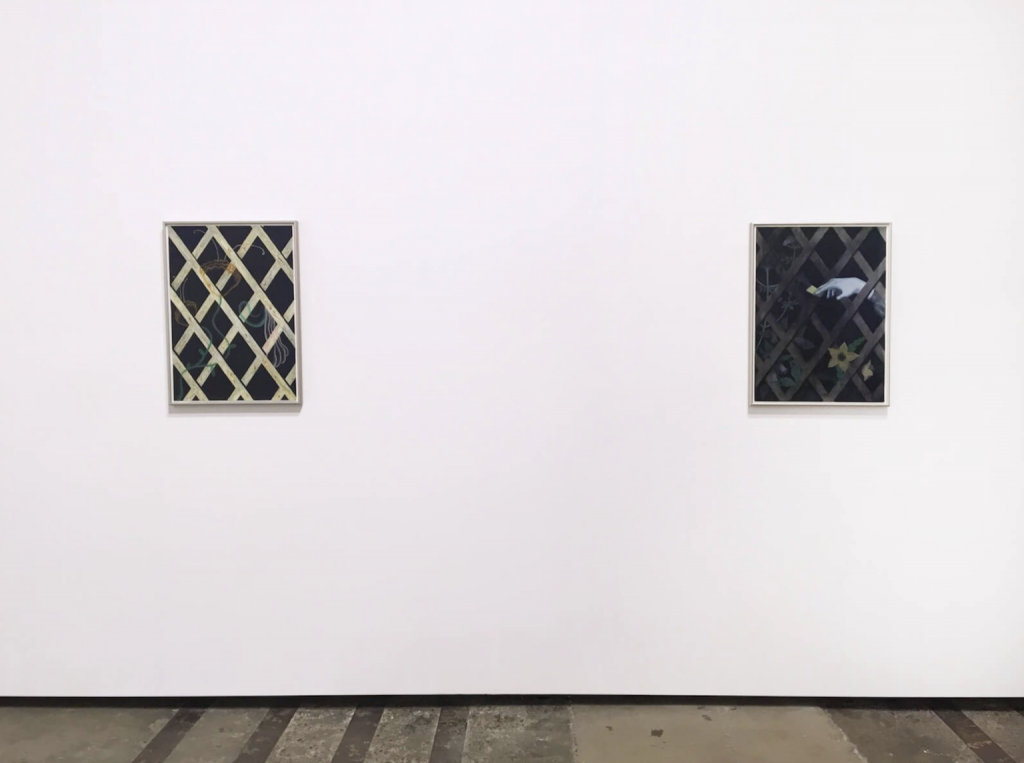