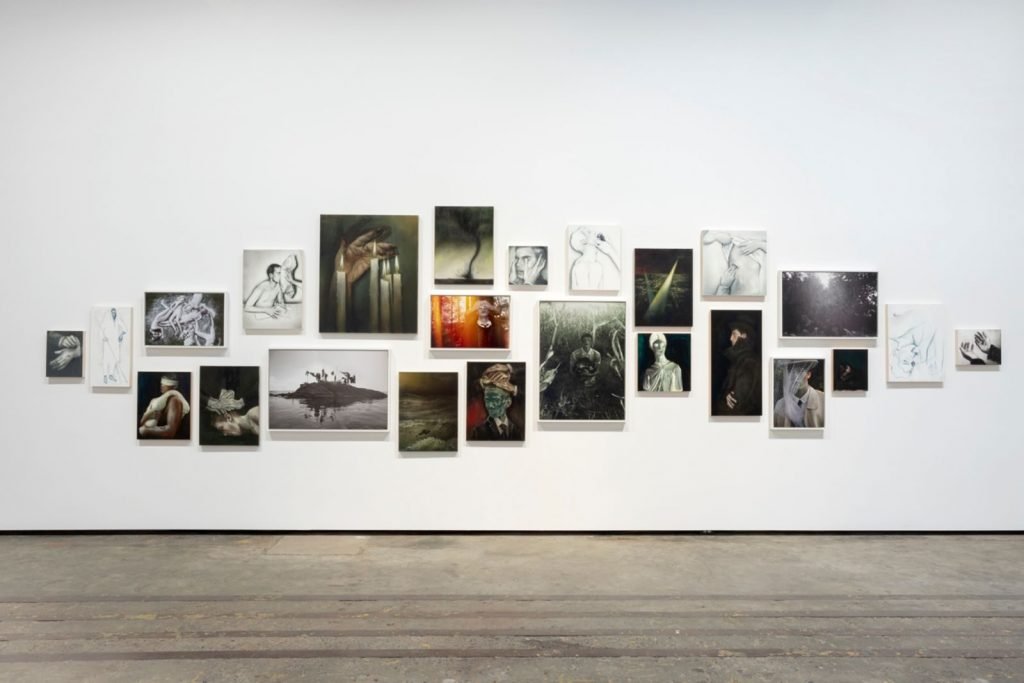 Anthony Goicolea’s new exhibition Lost and Found is comprised of drawings, paintings, and photographs that present imagery with a strong allegorical backbone. The works contribute to an overarching narrative within the exhibition as well as the artist’s practice, while at the same time each piece contains its own distinct story.

Goicolea utilizes iconographic imagery from religion, art history, and literature to dissect the futility of rituals, traditions, and rites of passage. A staff, a cane, or the “laying of hands” hints at a familiar story or loaded imagery, but the artist re-contextualizes these representations and infuses action and symbol with sense of ambiguity. Repetition of gestures and postures link seemingly dissimilar portraits and figures throughout the exhibition, resulting in a compelling, though ominous, narrative.

In many of the works, silhouetted or backlit animals and figures become almost interchangeable, pitted against murky backdrops. The colour palette is dark and muted, as though the pigments are steeped in the smoke stained residue of age. In contrast, many of the images depict illumination by a quasi bio-luminescent light source, and the greenish glow-in-the-dark tint suggests a voyeuristic surveillance as though the scene is being viewed through night vision goggles or infrared lenses. Throughout the exhibition, the distinct sensation of loneliness and isolation is offset by an emphasis—through gesture, composition, and the artist’s profound ability to portray depth within his subjects—on beauty.

Anthony Goicolea (b. 1971, Atlanta, GA) is based in Brooklyn, New York. His work is housed in numerous permanent collections including the Museum of Modern Art, the Whitney Museum of Art, the Guggenheim Museum, The Chicago Museum of Contemporary Art, The Hirschhorn Museum and Sculpture Garden, and the Yale University Collection. Four books have been published on Goicolea’s work including “Alter Ego: A Decade of Work by Anthony Goicolea” (2011) which accompanied his solo retrospective at the North Carolina Museum of Art, Telfair Museum, and 21c Museum; and “Fictions” published by Twin Palms Publishers, (first edition 2009). 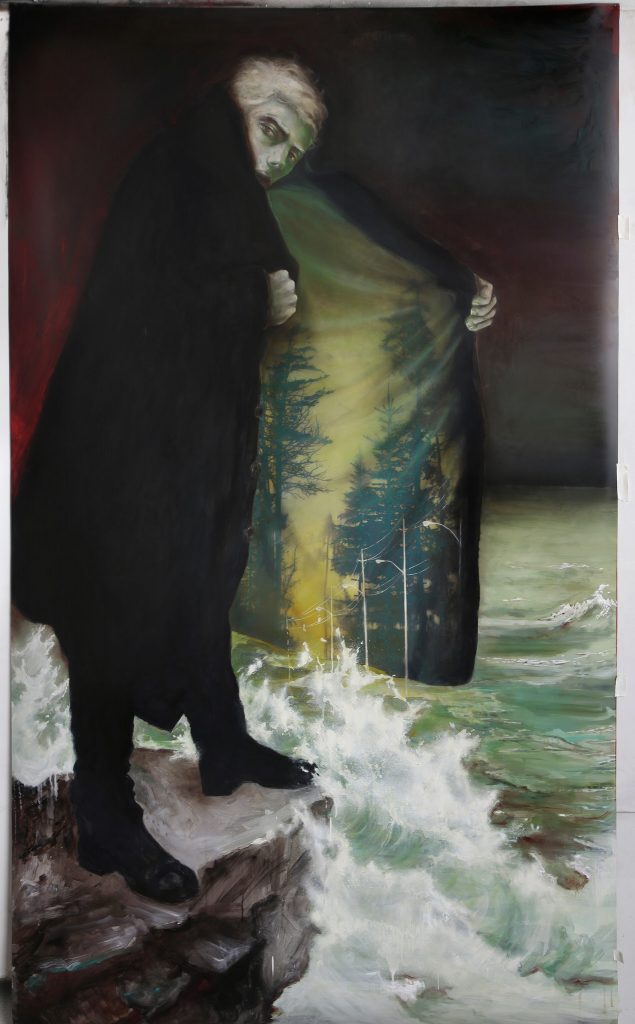 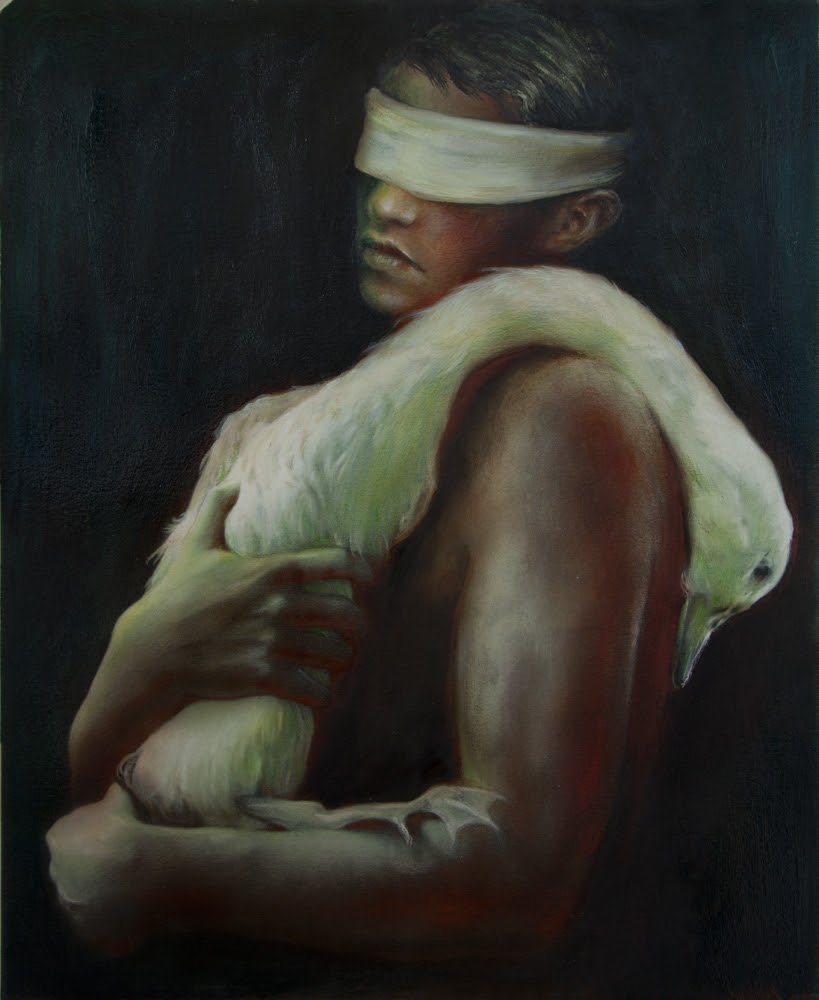 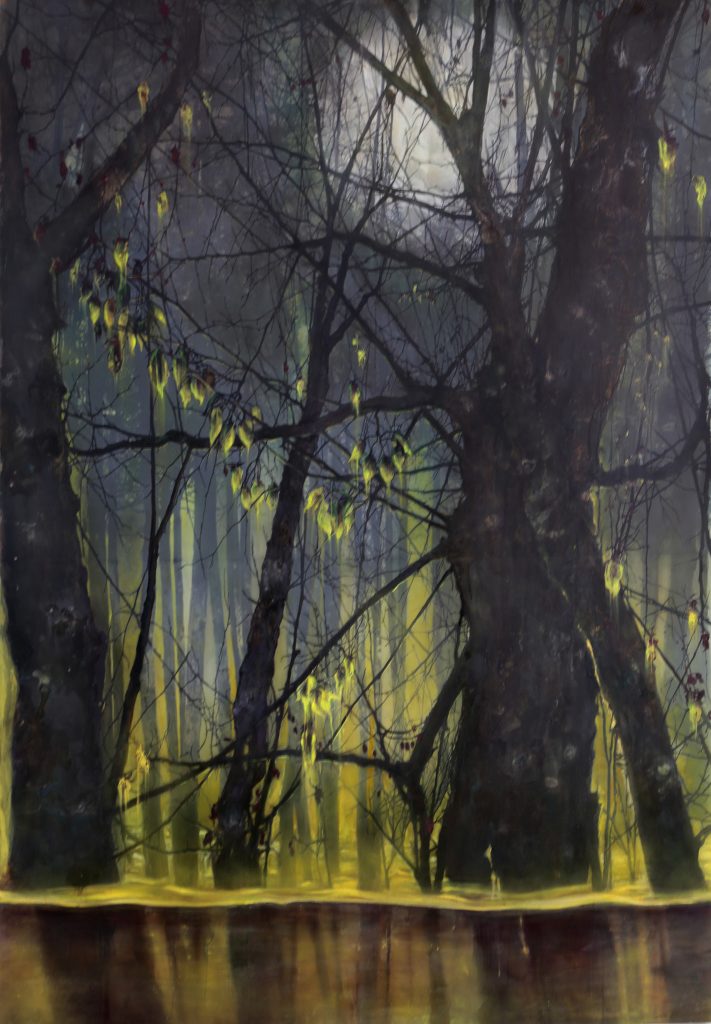 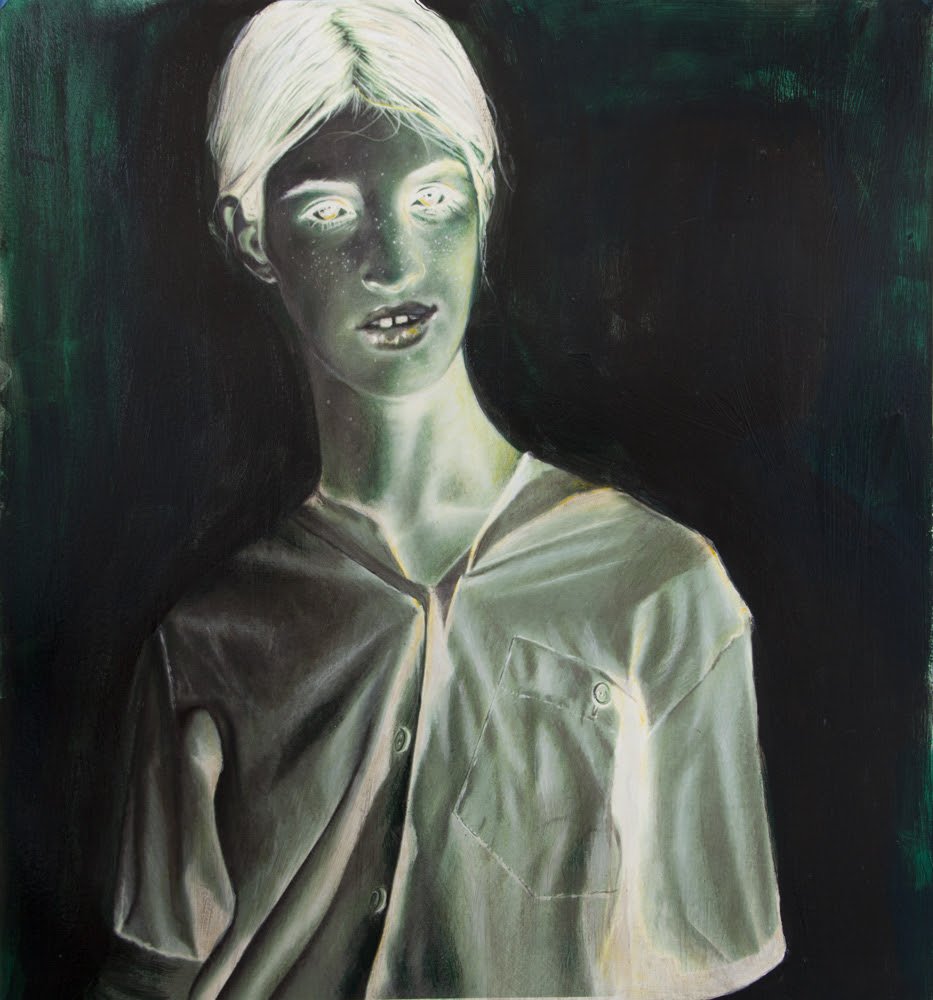