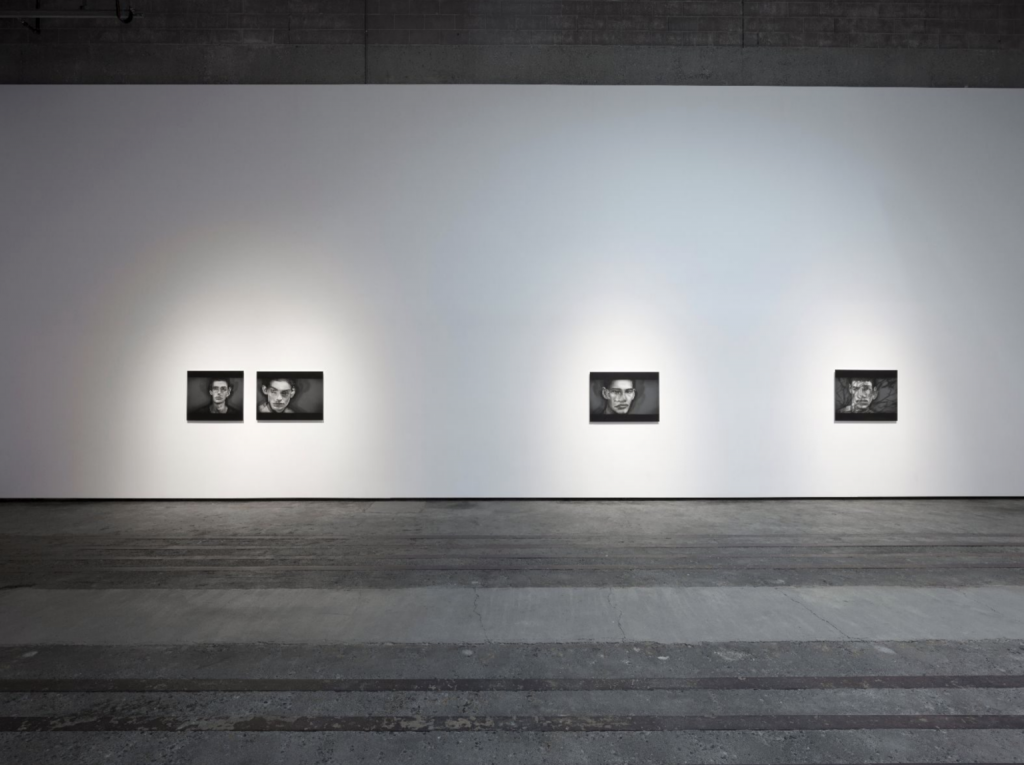 In Anthony Goicolea’s new exhibition “Shadow Projection,” the Cuban-American artist continues his investigation of portraiture, identity, beauty, and the grotesque in a series of mixed media works on double-sided frosted mylar film.

Goicolea’s “Shadow Projection Portraits” are presented as videographic images with black bars above and below, the letterbox format referencing the transference of wide format film to standard width video. Rendered as photo-like film stills in graphite and acrylic, the portraits further conflate the mediums of film, photography, and painting.

Borrowing the most visually compelling and striking characteristics from different portrait subjects, Goicolea repeats traditionally beautiful features in duplicate or triplicate until they morph or dissolve into hauntingly abstracted and deformed renderings of engineered faces. Each portrait is an amalgamation of different facial features cobbled together from semi-androgynous men and women, and the series has strong ties to the artist’s early self-portrait work. Traditional portraiture encourages the viewer to hone in on specific characteristics to identify a specific individual, while these portraits rebuke that instinct—it is almost impossible for the eye to rest on any one specific recognizable feature before it dissolves into the next layer of dislocated eyes, nose or mouth.

Playing with the notion of film and double exposure, Goicolea paints his images from the back side of the transparent mylar as well as from the front, thus giving his rendered subjects a waxy three dimensional layered quality that mimics the overlay of film cells or double exposures. The harsh lighting and distorted shadows further lend a ghostly and ominous presence to these otherwise sparse portraits. Harsh uplighting and stretched shadows from invisible branches and foliage, hinting at a greater narrative within the dark, monochromatic images.

Anthony Goicolea (b. 1971, Atlanta, GA) is based in Brooklyn, New York. His work is housed in numerous permanent collections including the Museum of Modern Art, the Whitney Museum of Art, the Guggenheim Museum, The Chicago Museum of Contemporary Art, The Hirschhorn Museum and Sculpture Garden, and the Yale University Collection. Four books have been published on Goicolea’s work including “Alter Ego: A Decade of Work by Anthony Goicolea” (2011) to accompany his solo retrospective organized by the North Carolina Museum of Art, which also toured the Telfair Museums and 21c Museum; and “Fictions” published by Twin Palms Publishers, (first edition 2009). 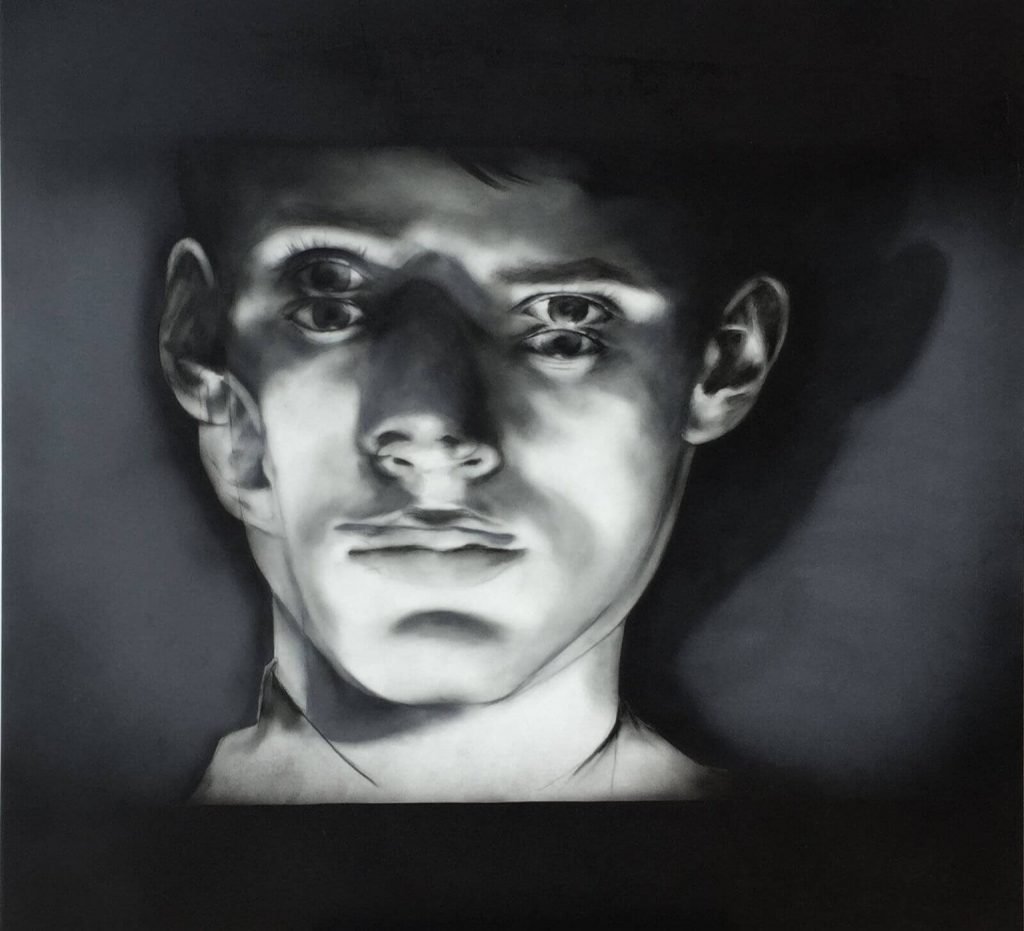