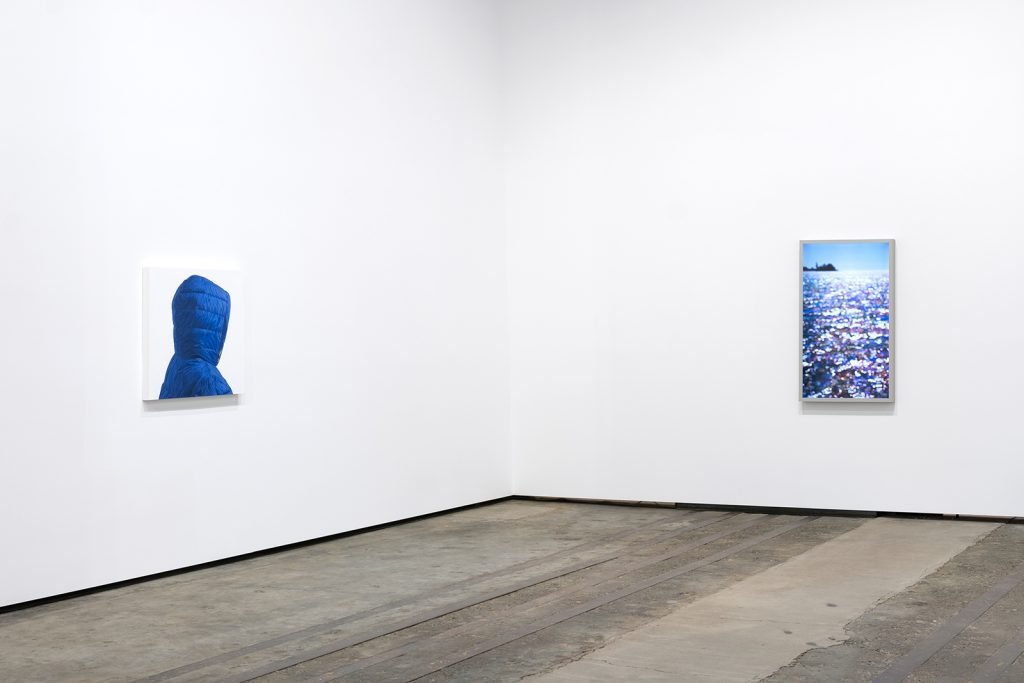 Paintings by Roy Arden, Karel Funk, Tim Gardner, and Anthony Goicolea look at aspects of our contemporary culture. Arden has gone to comics and record covers, turning a printed image into a painting. A quick glance and Funk’s work almost looks like a photograph. A portrait of hooded jacket streetwear: no figure, no place, painted in the snapshots of locales and their common activities, Gardner produces watercolours and paintings that seem to hold seaside light, night light, or northern light to illuminate places as seen by hikers, cyclists, bathers, and passersby. Goicolea makes a negative by drawing and then photographically printing its positive, a process that often produces haunting images.

Karin Bubaš, Evan Lee, and Stephen Waddell work with the camera. Waddell has remained the most committed to the photograph and the camera’s lens. His street work has grit and compassion. He started as a painter and still looks to painters. His eye and shutter work colour and composition and a knack for an almost gravure-like black and white. Bubaš also took on the sculptural when she began to cut out and layer her photographs. Recently, she has made a photographic toile bouquet which makes the photograph three-dimensional. This was a manner of painting done decoratively on trays and baskets; the laser cuts burn the petal edges as if the flowers are wilting. Lee really shifts through media to make his images. In this show he has printed his photo image on canvas, which confuses the viewer about the medium. It is a blow-up of a figure seen in her garden through chain-link fence which creates an abstraction, where the distinction between foreground and background waver.

Owen Kydd now sources many of his images from the internet and manipulates the output to produce moving images on a TV screen or monitor. In this sense, he works from a virtual studio. The newer images both collapse and layer space in a cubist way but also as a cinematic collage. The consistency in Scott McFarland’s work is the appearance of landscape: a touchstone for early photography and nineteenth-century painting. McFarland began early on to combine multiple photographs to produce one image by digitally stitching them together. The view he presented would be impossible to see in one photograph, and in that sense it was composed more like a painting. Now he has worked stills into a moving image to produce a vertical panorama.

Crossing stimulates discussion about the ways in which artists explore the procedures of their medium while keenly aware of other images in contemporary culture. 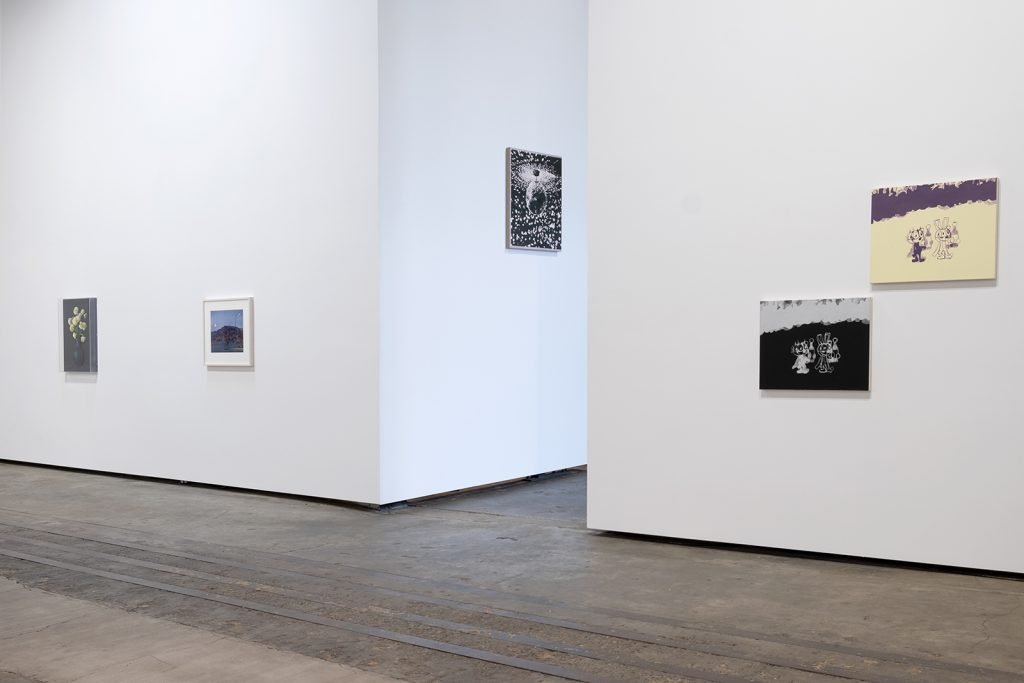