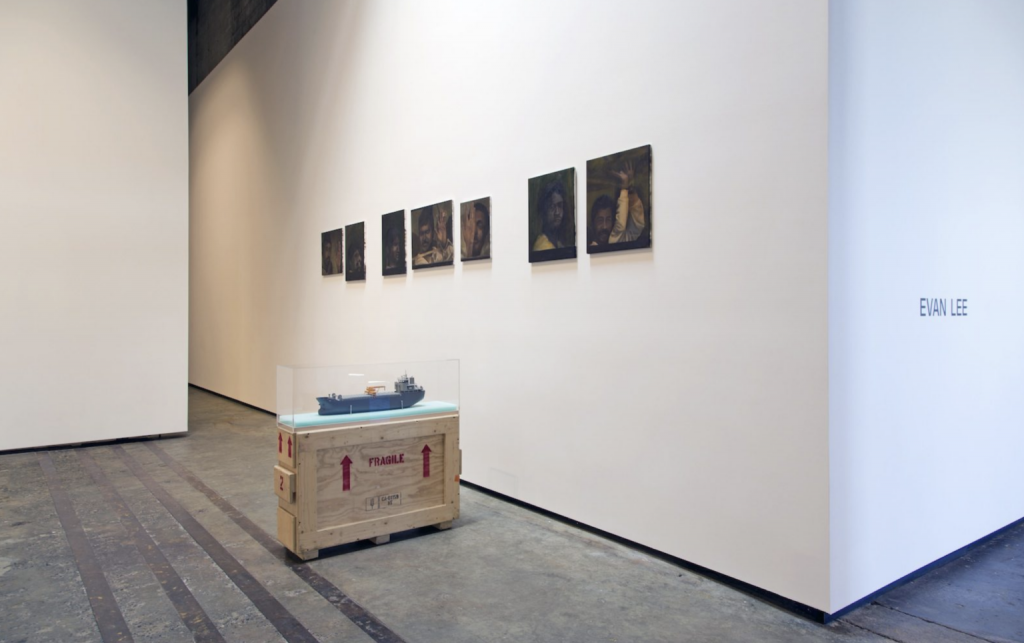 In contrast to popular, ubiquitous images of revolution and provocation (such as Alberto Korda’s portrait of Che Guevara, or the graffiti works of Banksy), the found press images that Lee refers to are markedly non-iconic, from nameless and faceless Black Bloc protesters to migrants whose identities have been obscured by the press. Lee approaches these images from a perspective of speculation, creating artworks that either reconstruct or further obscure the subjects. This dual process amplifies the missing details and facts that are not included in the original press images or their accompanying news stories, pointing to an inherent confusion or lack of clarity surrounding the actual events.

This exhibition includes large-scale black and white paintings where silhouettes of marching Black Bloc protesters have been repeated in a motif that borders on abstraction; mixed media works where ink and gesture further obscure printed depictions of individual hooded and masked protesters; a 3D printed model of the Ocean Lady vessel which carried Tamil asylum seekers from Sri Lanka to Canada in 2009; earth-toned, classical style oil portraits of the same migrants created in composite from blurry or pixelated press images and online searches; and a video that recreates the burning of a Danish flag, which was originally enacted by protesters in response to anti-Muslim cartoons that were published in Denmark. The works engage in a dialogue with news media images of protest, the interpretation of these images, their biases and their influence.

Evan Lee lives and works in Vancouver, BC Canada. He has been published in Canadian Art Magazine, Art on Paper, Border Crossings, Flash Art, Yishu Journal of Contemporary Chinese Art and numerous other venues. Lee has recently exhibited at the Vancouver Art Gallery, the Surrey Art Gallery, the Presentation House Gallery, and the Richmond Art Gallery. Lee is shortlisted for the 2014 Sobey Art Award and will be exhibiting with the other finalists at the Winnipeg Art Gallery in the fall. 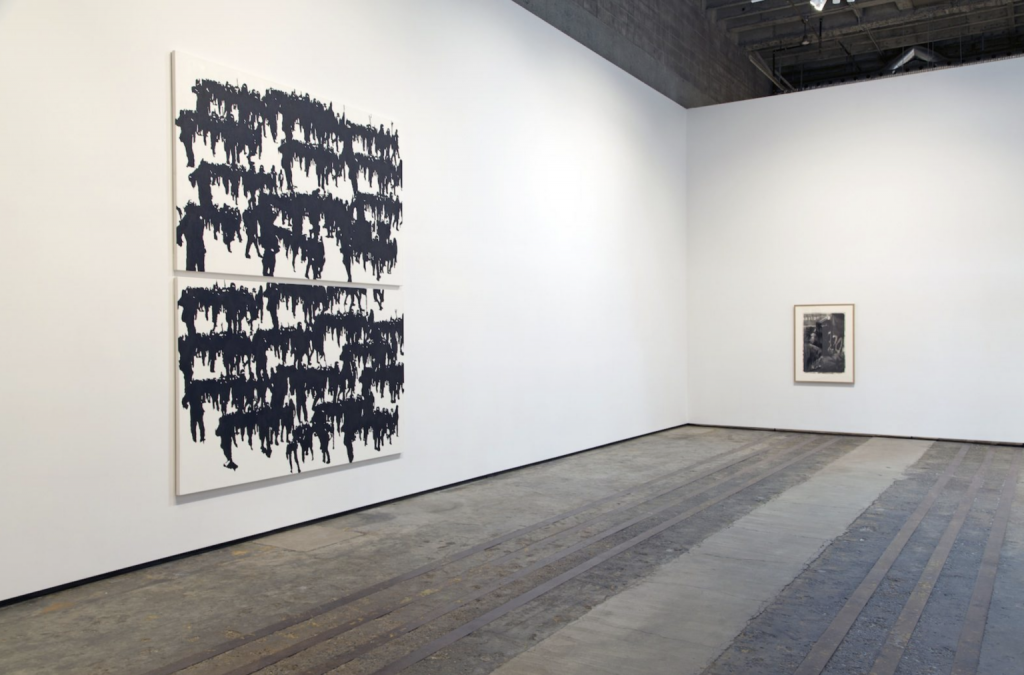