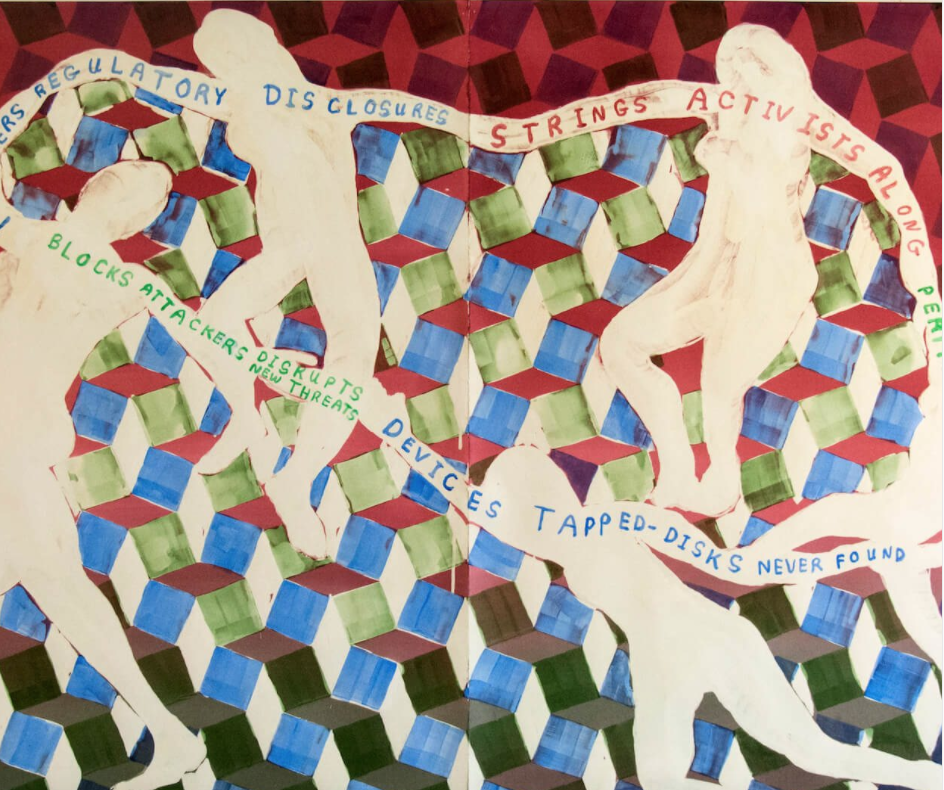 Monte Clark Gallery is pleased to present an exhibition of new works by Graham Gillmore.

We are obsessed with the desire to help ourselves, and the idea that self-improvement is what makes us better humans. Happiness, financial security, finding love, losing weight; self-help books are ubiquitous. Gillmore’s concept of a selfless help book could be the alternative to this narcissism. How does one go about writing a selfless help book? “First of all, some Buddhist trashing of the ego is in order.”

Known for his thoughtful manipulation of text and subversive use of language, the nature of Gillmore’s work has never been about boiling anything down but rather exposing the complexities of the human experience—particularly one’s self as subject and the world as object. The ‘self’ and the ‘other’ play a pivotal role as subject matter; locating, defining and ultimately obscuring any kind of singular meaning behind or beneath the surfaces of the world. These games (self imploding sentences, misreadings, backfirings, revisions, second thoughts, etc.) offer access to the hope for authentic—if flawed—communication while confronting the indeterminacy of language, both literary and abstract.

This exhibition will feature works on a mixture of media and supports. Alongside panels, works on paper vary between vintage ledger paper dating from 1920 to 1930 to contemporary paper on which Gillmore composes arabesque shapes in the musical sense. These abstract patterns superimposed onto biomorphic bleached forms are informed by and echo the structure of language; in this series, it’s as though the visible word has been temporarily set free from semantic responsibility.

Graham Gillmore’s work is collected by the Museum of Modern Art (NY), the Ghent Museum, Gian Enzo Sperone, the Museum of Contemporary Canadian Art, RCA Records, The Royal Bank of Canada, the Vancouver Art Gallery, and numerous other institutions worldwide. He has been featured in publications such as Canadian Art, W Magazine, Art News, ArtForum, L.A. Weekly, C Magazine, and the New York Times Magazine. He lives and works in Belleville, ON.