A couple from Madrid was recently in Vancouver for their honeymoon. Walking down Water Street in Gastown, they came across an arresting vision in the window at Inform Interiors — a cool pad that mixes vintage and contemporary furniture.

Pulling it all together was the art on the wall, a trio of giant photos of Led Zeppelin and the Mission Raceway, face-mounted onto coloured acrylic. The Zep photos were in blue, the Raceway in orange.

They went inside to inquire about them, and were directed to the Monte Clark Gallery in Railtown. And they wound up going home to Spain with a smaller version of a Led Zeppelin photo, which captures the rock legends in concert.

It was taken by the acclaimed local photographer Greg Girard, and is part of a show running concurrently at both the Monte Clark Gallery and Inform.

Both the Led Zeppelin and Mission Raceway photos were taken in 1973, when Girard was a budding photographer. When he decided to put them in a show, decades later, he mounted the images on coloured acrylic as a way of “separating” them from being “purely vintage or purely retro.”

“Ain’t nothing wrong with a vintage picture,” said Girard, who did regular black and white prints for the show as well. “But I was looking at new ways to present this older material.”

Placing them in the context of a high-end furniture store fits the bill. The idea came from Monte Clark, who had been looking to incorporate art into a window at Inform with owner Nancy Bendtsen.

“It’s a window with lots of street traffic, a good place to get one’s work seen,” said Girard. “I’m not a purist in terms of how it should be presented.”

Bendtsen came up with a whole back story for the display.

“The idea of the window is we created a persona who was the roadie on the tour, and since then he’s worked his way up, he’s a record producer now, so he’s travelled and has collected odd and weird things,” she explains. “This is a very eclectic mix of new and old.” 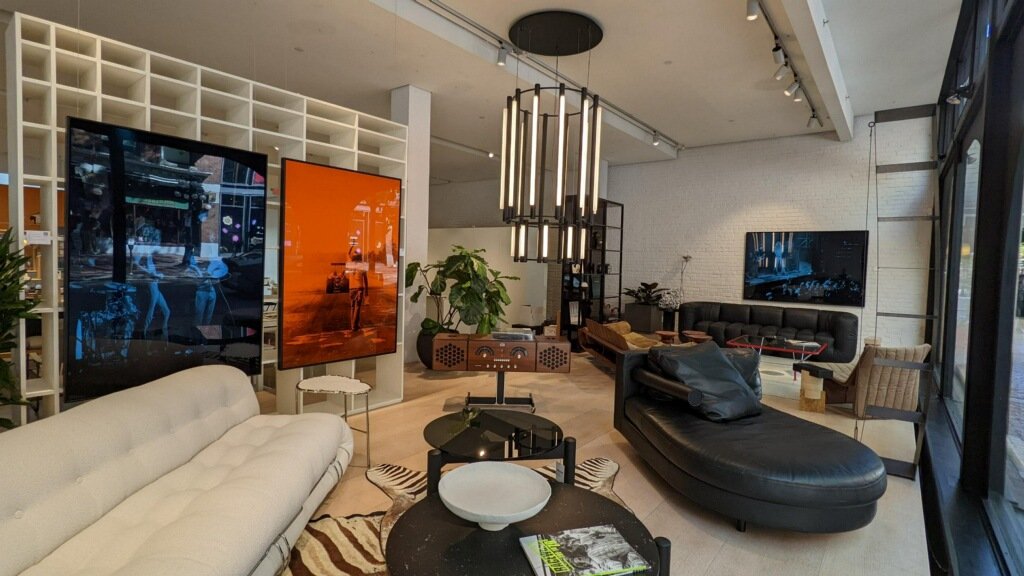