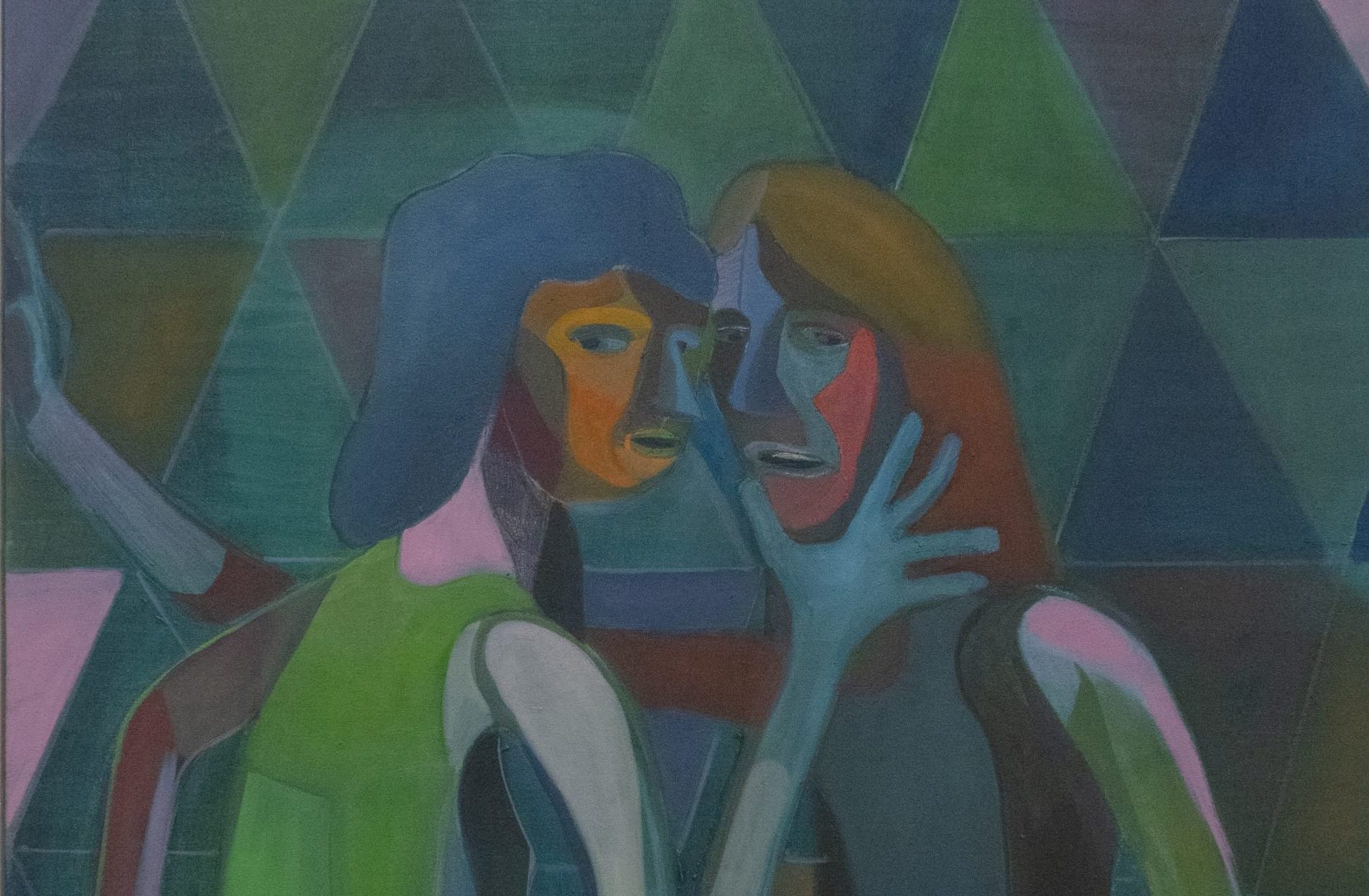 Can you tell us about your approach to this series of work, how is this similar or different from other series of paintings you have produced in the past?

Tell us about your choice to focus on pairs of figures.

The more complex and ambiguous the situation, the more I wanted to simplify the parameters of the image; nowhere to go but into the figure and their interaction. The composition makes reference to the edge of the painting and the frame, the figures ‘fit’ or they are contained within the picture.

There seems to be a tension between the two figures, it’s not totally clear as to whether they may be embracing or pushing each other away in some cases. Could you elaborate on this relationship?

The uncertainty finds its expression in the relationship of the pairs, and the ambiguous nature makes this narrative unclear. The viewer gets to decide the narrative. In many ways I am still deciding what this relationship between the figures means to me, the uncertainty allows me to make the work in the first place.

In the past your paintings had been architecturally focused, can you tell us about this transition to depicting subjects? In some ways the subjects still appear architectural or geometric in nature.

The architectural work has been more of a stage set for the viewer to insert their own narrative. These newer works, even though they depict figures, operate in a similar way in that the narrative is completed by the viewer. Not all is revealed in the painting, in many ways things are left unsaid.

The smaller portraits seem to be taking us in a new direction, the gestures are soft and fluid, and a tenderness shapes the character that shines through. Can you tell us more about these paintings?

I think the tenderness that you speak of is about paying close attention to the painting and the process of painting, where the image is condensed and reworked.

The works are loosely based on people in my life, but are transformed into hybrid representations through the process of painting. 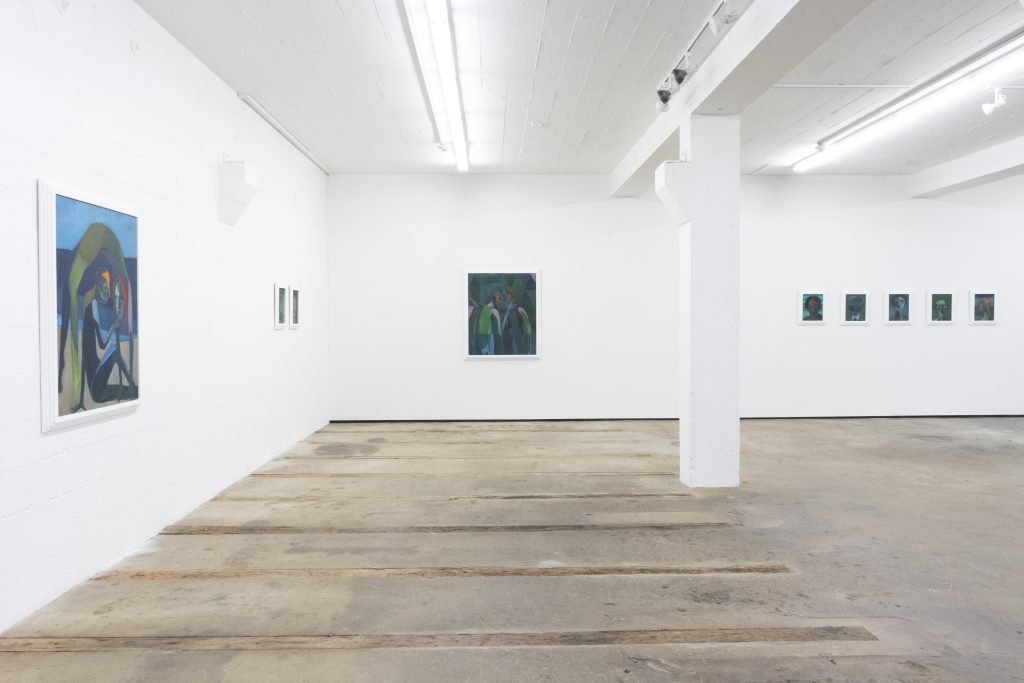 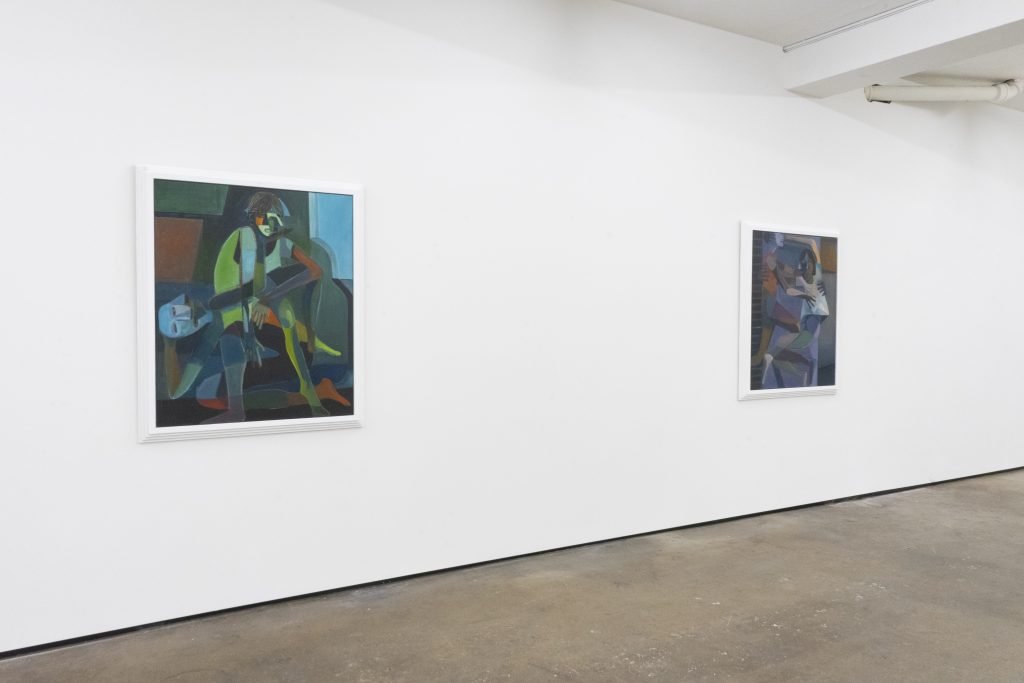