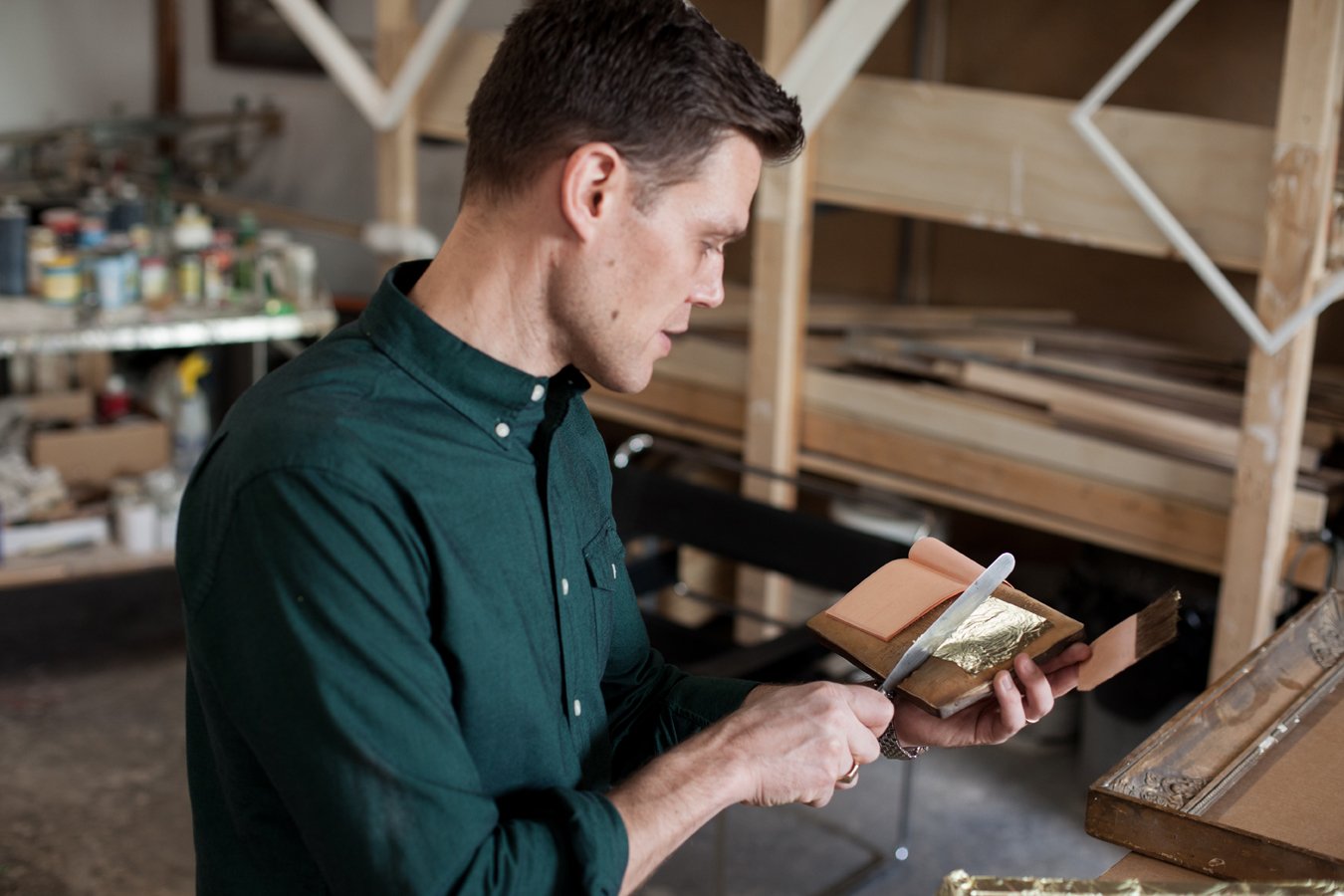 Entering Jonathan Syme’s gilding and framing studio, which operates under the moniker The Workshop, a particularly sentimental heart may skip a beat. Modestly tucked away in the bellows of East Vancouver’s industrial area, the studio is an artisan’s oasis. On the southern walls hang Syme’s own colourful, hard-edge geometric paintings; to the left are his wooden workbenches, cleared for the next project, with his gilding tools and gold leaves carefully stowed away in a sparkling glass case. It’s an idyllic scene, a subsequent virtue of a carefully laboured craft.

Walking towards his glass case to gather his assorted tools, Syme suggests a demonstration. At his workbench he pulls out a frame prepped with traditional gesso made out of rabbit skin glue and chalk dust topped with clay. Opening his leather-bound case, he picks out a small, flat, bristled tool and waves it across the top of his cheek, lightly greasing the tip of the brush. “I think people used to be greasier,” Syme laughs, applying a bit of lip balm to the top of his cheekbone. The leather book is opened to reveal a shiny square of gold leaf, and he picks it up delicately with his oiled tool. Placing the leaf onto the frame, he then washes it with gilding water, which he ominously clarifies as “water, alcohol, and some secret stuff.” The gold leaf is left to dry overnight, allowing it to adhere and seal to the porous clay underneath. Syme polishes the leaf with slightly hooked agate stone, its shape resembling the wolf’s tooth that was traditionally used.