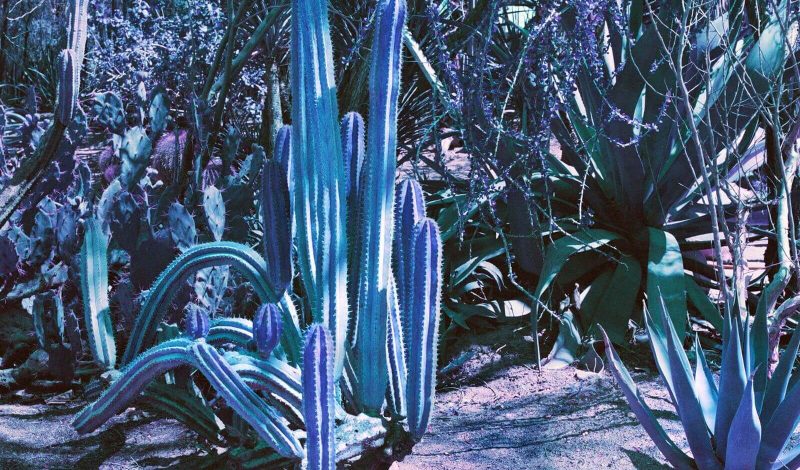 In Karin Bubaš’ newest exhibition Hidden Valley, the artist presents a suite of large-scale, colour-shifting photographs shot in California in 2016 and 2017.

Bubaš has long been interested in colour manipulation for analog photography. In the past, she has explored methods of introducing painterly tints to her photographs through various means, including colour gels to subtly shift hues or smoke bombs to paint across landscapes. Her interest in the colour separation of Technicolor is well-documented in her ongoing series of Women in Landscapes.

Many of Bubaš’ newest works were shot on LomoChrome Purple, a colour negative film likened to Kodak’s Aerochrome (a now-discontinued infrared film that was originally developed for aerial uses, such as cartography and government surveillance.) The artist also utilized LomoChrome Turquoise, another colour negative processing film which was manufactured to produce similar results: the photochemical process shifts the chromatic appearance of the prints, creating unearthly, psychedelic landscapes which viewers could mistake for clever Photoshop editing or even an Instagram-like filter.

A common thread within Bubaš’ work is her ability to create disquieting, supernatural landscapes that are suggestive of narrative but withhold any overt explanation. The works in ­­­Hidden Valley continue this tradition, presenting striking vistas of cacti and flora that teeter on the edge of otherworldly science fiction and unknown geography. 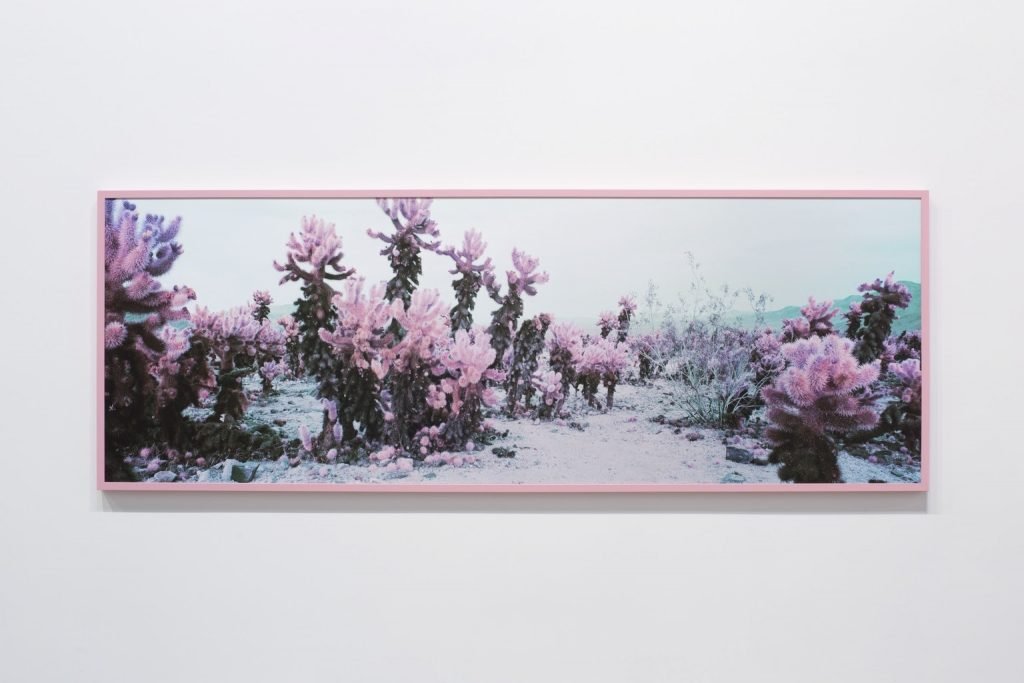