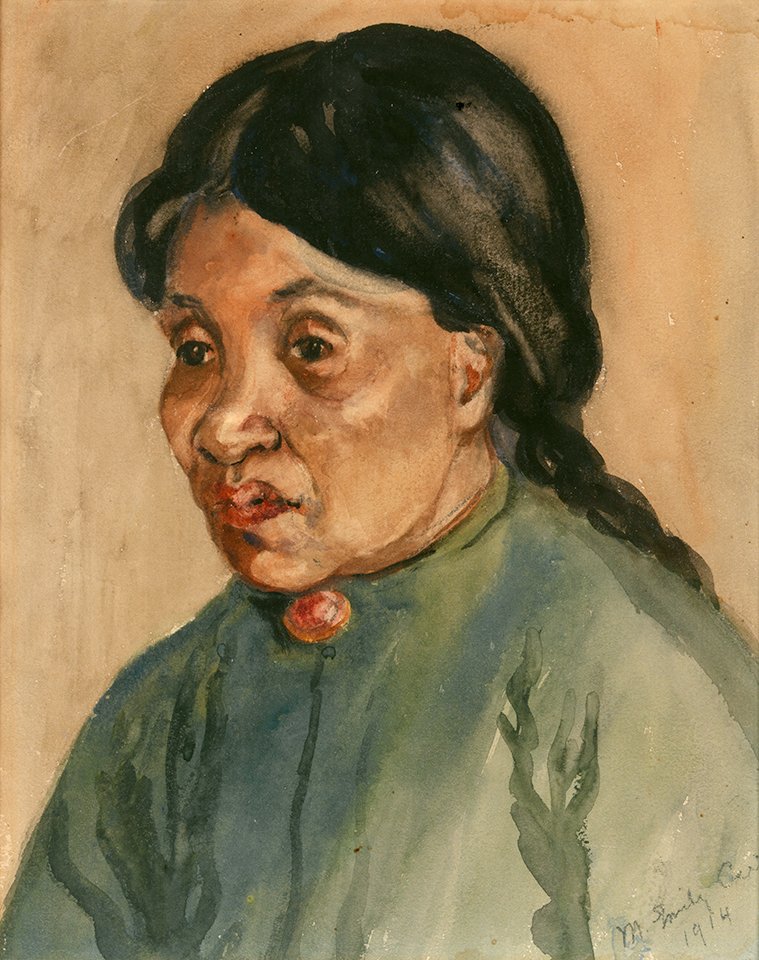 lineages and land bases presents more than 80 artworks from the Gallery’s permanent collection that challenge the modern Western assumption that nature and culture exist as two distinct realms, a concept which helped shape Canada’s national art and identity in the early twentieth century. On the contrary, in Sḵwx̱wú7mesh sníchim (the Squamish language), there is no word for “nature.” Instead, within this Indigenous worldview, people are intimately bound to non-human entities, whether plants, rocks, animals or places, locating subjectivity well beyond human beings and creating an ethical imperative to care for the natural world.

Within the exhibition, contemporary works made since the 1960s are brought into dialogue with a focused look at the lives and work of two important women in British Columbia’s history: Sewiṉchelwet (Sophie Frank) (1872–1939), from the Sḵwx̱wú7mesh Úxwumixw (Squamish Nation), and Emily Carr (1871–1945), the first in her British family to be born in Canada. The comparison of Sewiṉchelwet’s basketry with Carr’s late landscapes both prefigures and extends the critique of the separation of nature and culture, seen elsewhere in the exhibition, through two distinct yet interconnected perspectives and urges us to think anew about identity and its ties to the non-human world.