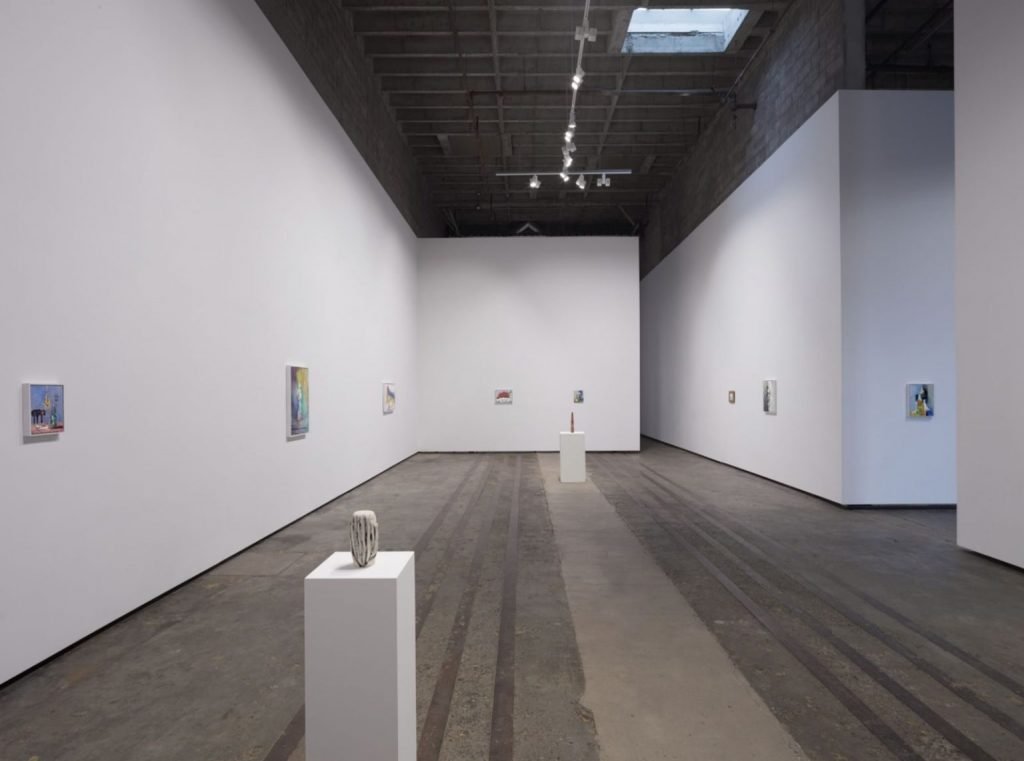 Housley’s paintings are textured and tactile, coated and layered, often reworked and spilled over the edges. His works are constantly engaged with the history of painting, through subject matter, motif, style, or material process — yet he has established a distinguishable and astute aesthetic purely his own.

The title Drumming Nude refers to Housley’s desire to create in a state of artistic freedom and liberation. It also alludes to his belief that paintings have an inherent rhythm, like music or poetry; the beating drum mirroring the passage of time, reflected in imagery of watches and clocks.

Housley is foremost a manipulator of paint, and often considers the subject matter of his works secondary to their material form. He prefers banal subjects or universal motifs that are to some extent, as he puts it, “just something to hang the paint on.” However, narrative threads do emerge when the works are viewed in a group — a watch laying flat mirrors a female figure in repose; faceless characters rouse curiosity; a ghost of a drum kit is barely discernible — the whole exhibition blanketed in the inevitable tension of several timepieces. Housley’s subjects, though universal in scope, culminate in a pseudo self-portrait, a notion that lines up with the artist’s
suggestion that “the work can be seen as one long continuous pursuit to understand oneself.”

Housley received his M.A. in painting from the Royal College of Art in London in 1995. He has exhibited at the Peter Bergman Gallery (Stockholm), White Columns (New York), Andrea Rosen Gallery (New York), Belmacz (London) and Poppy Sebire Gallery (London). Housley’s work has been printed in numerous publications including Artforum, Modern Painters, Frieze, The Independent, The Guardian, and ArtSlant. 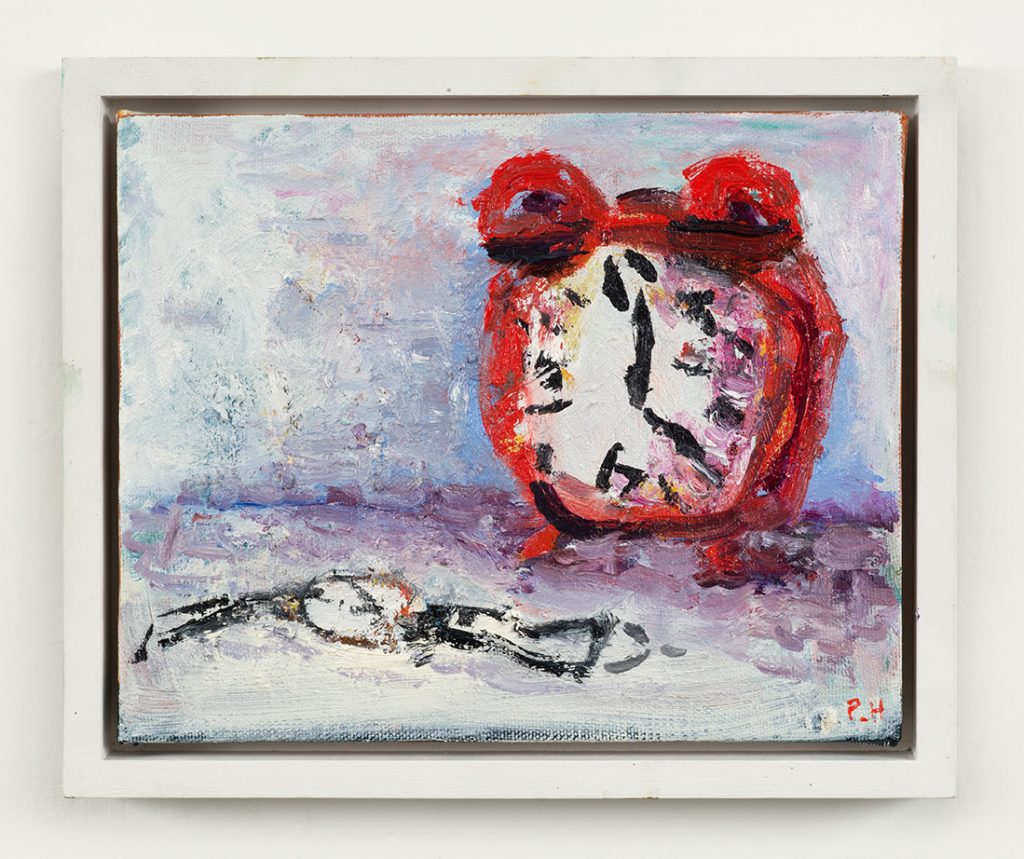 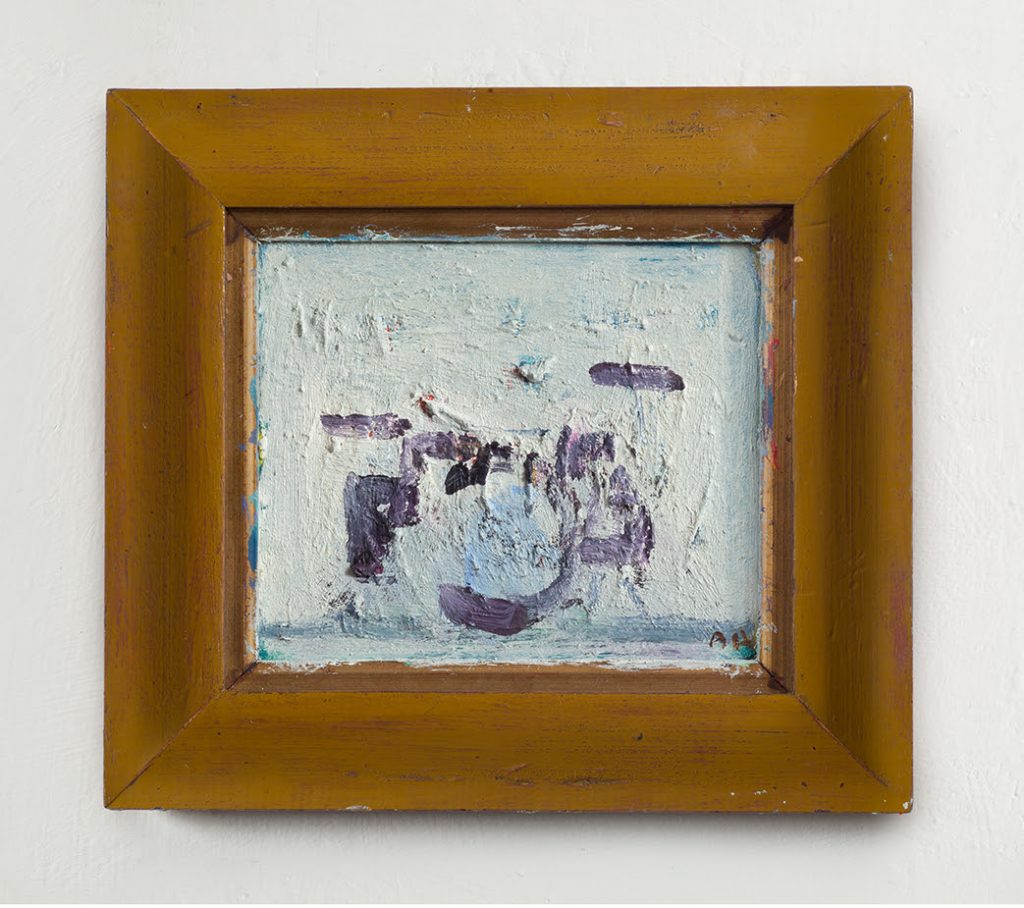 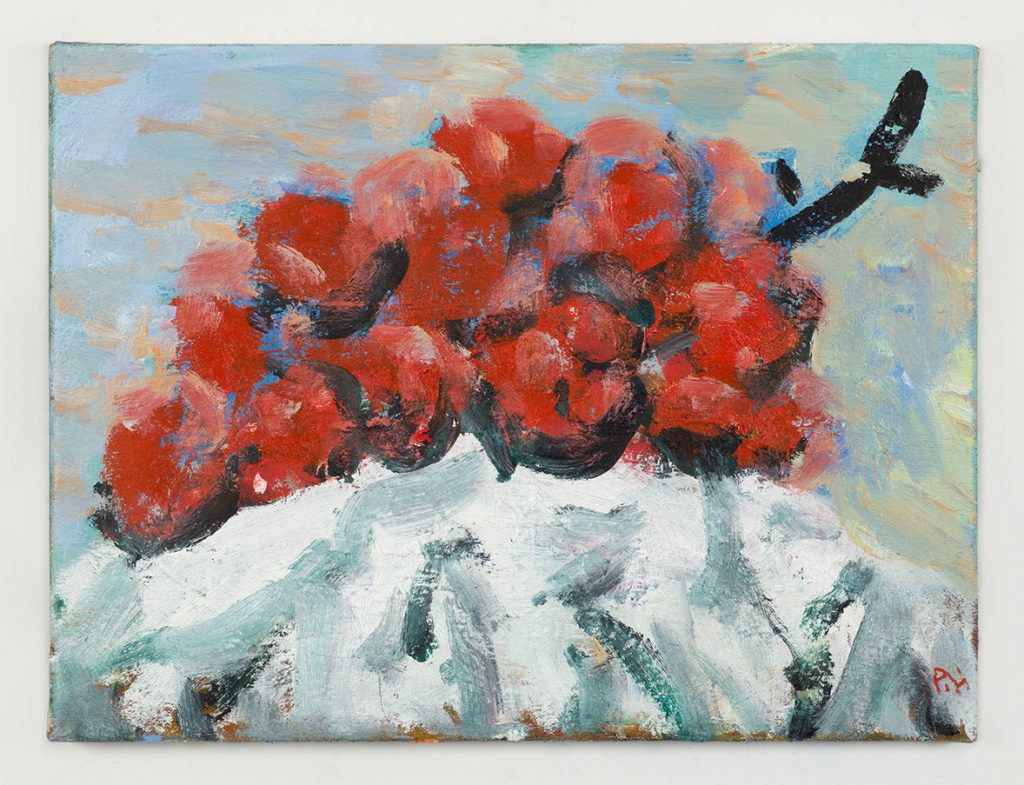