This impressive new collection of carvings comprises Sásq’ets (sasquatches), humans and otherworldly beings, drawing a connection between present life and the supernatural.

Claude “Rocky” LaRock (b. 1958), is a Stó:lō master carver based in the community of Sts’ailes, his mother’s traditional Coast Salish territory. As a young artist, LaRock was introduced to the ceremonial objects passed down from his ancestors. He learned traditional carving techniques and narratives that tie his practice to his heritage and community. By incorporating non-traditional methods and materials, LaRock’s distinct visual language reflects contemporary themes, drawing a connection between present life and the supernatural. He carves with a chainsaw and power tools in place of traditional carving tools. LaRock masterfully renders the character and essence of spiritual figures, in some cases depicting beings in the process of decay, divided between the living world and the underworld. His work challenges perceptions of indigenous art, moving beyond ceremonial to contemporary art. The Reach (Abbotsford) recently presented a survey of his work in ‘E’yies’lek Rocky LaRock: The Wild Inside’ (2021), and Art Gallery Evergreen included LaRock’s masks in a group exhibition this summer, ‘Semá:th Xó:tsa: Sts’ólemeqwelh Sxó:tsa/Great Gramma’s Lake’, May 12 – July 17, 2022. 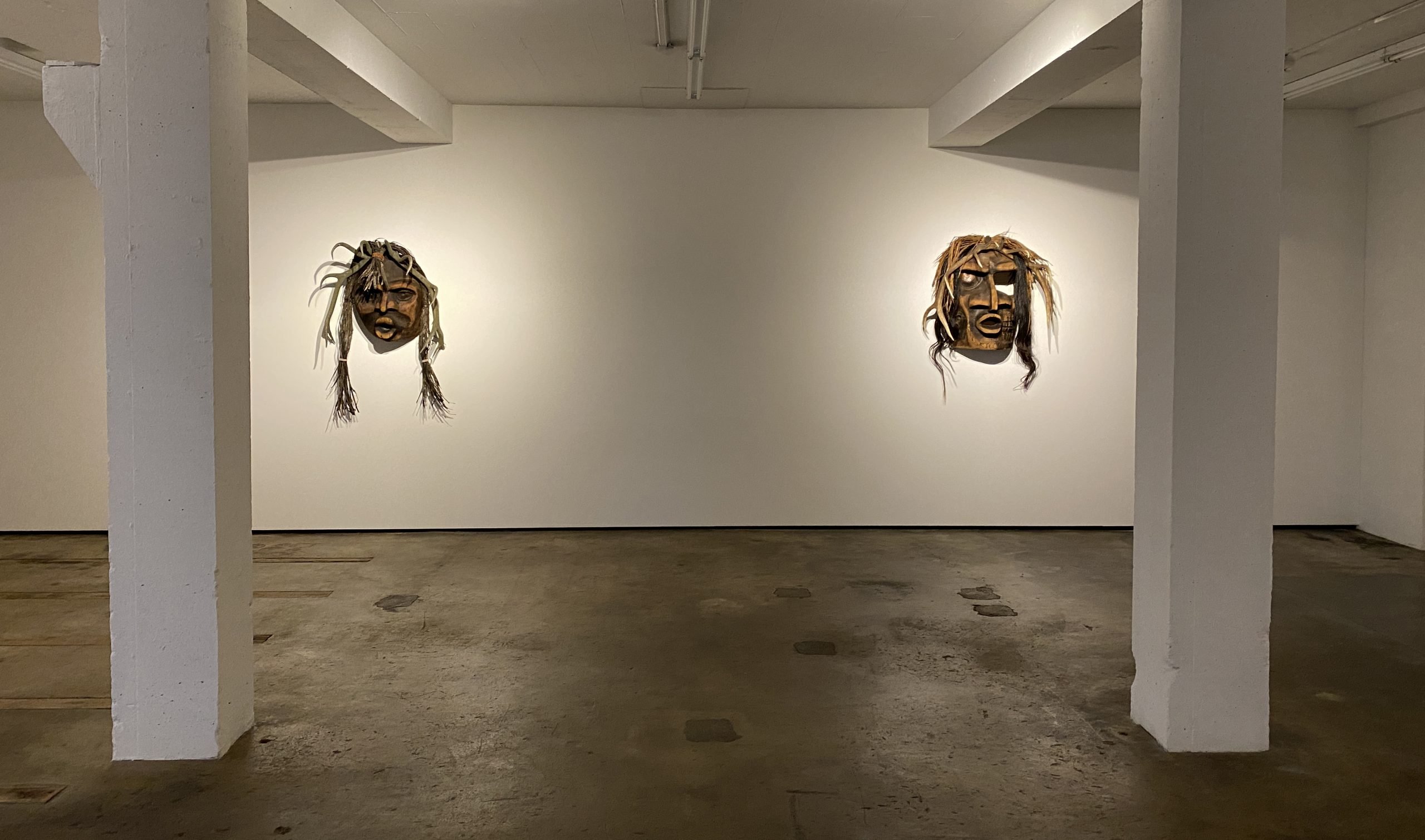 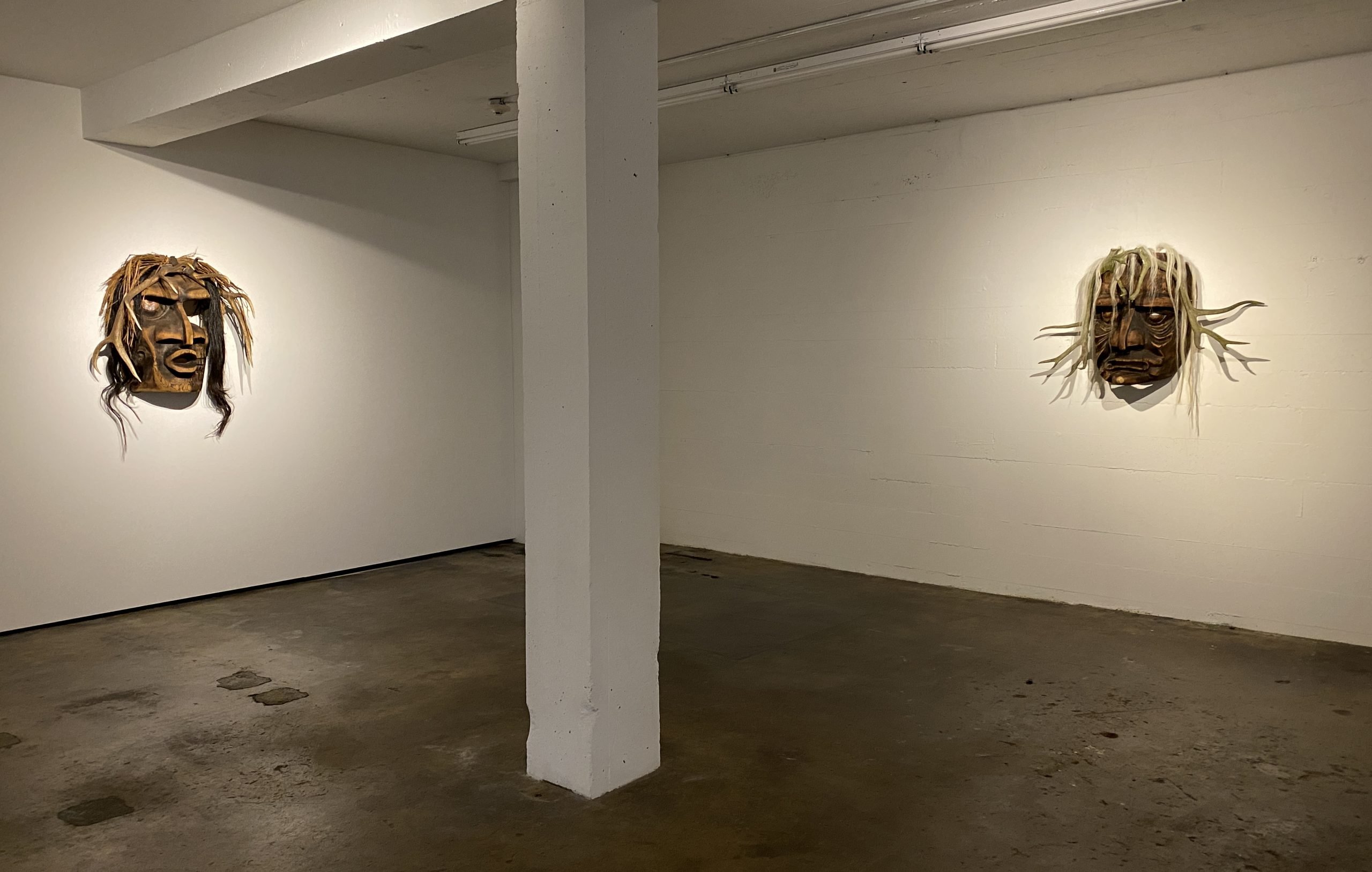 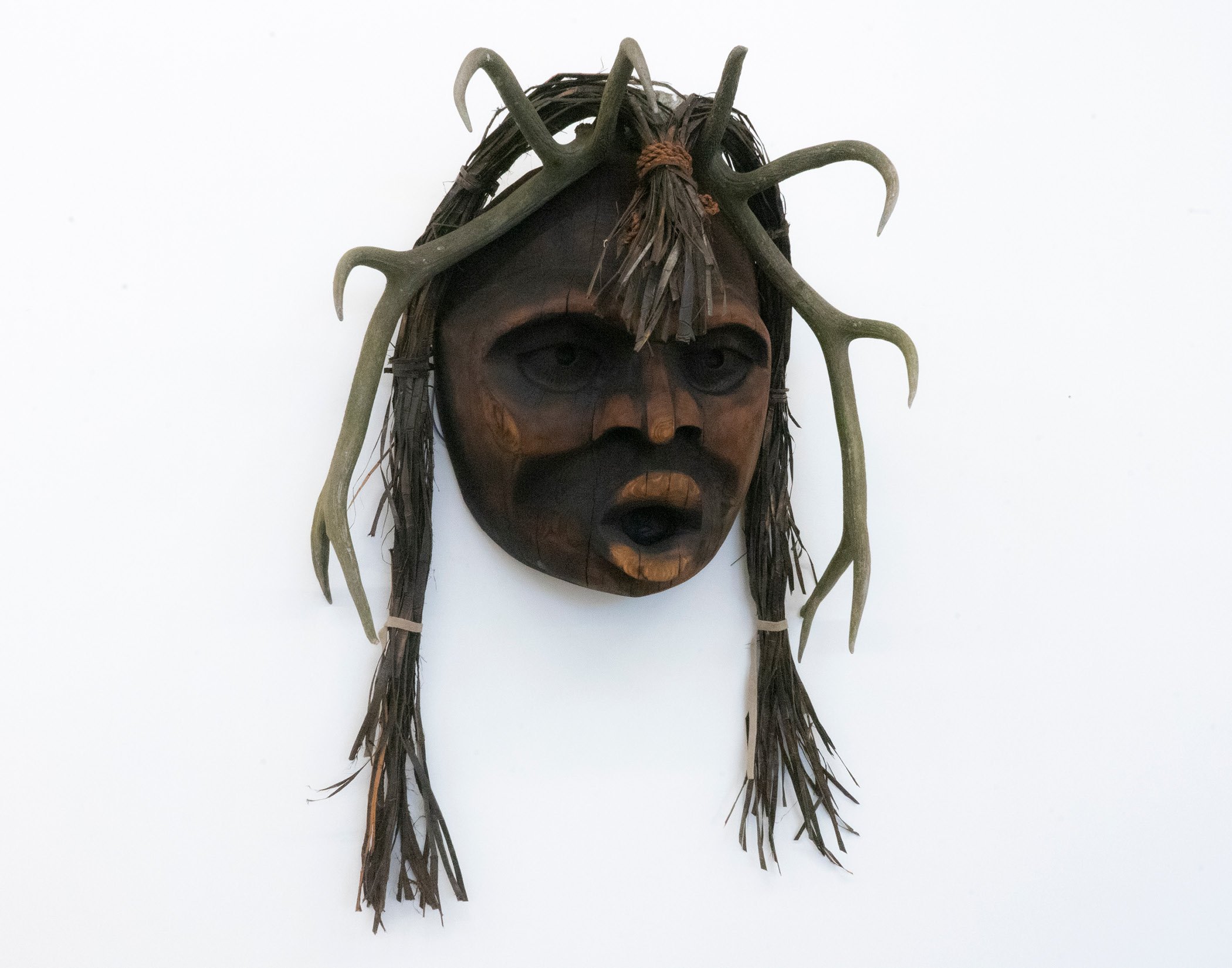 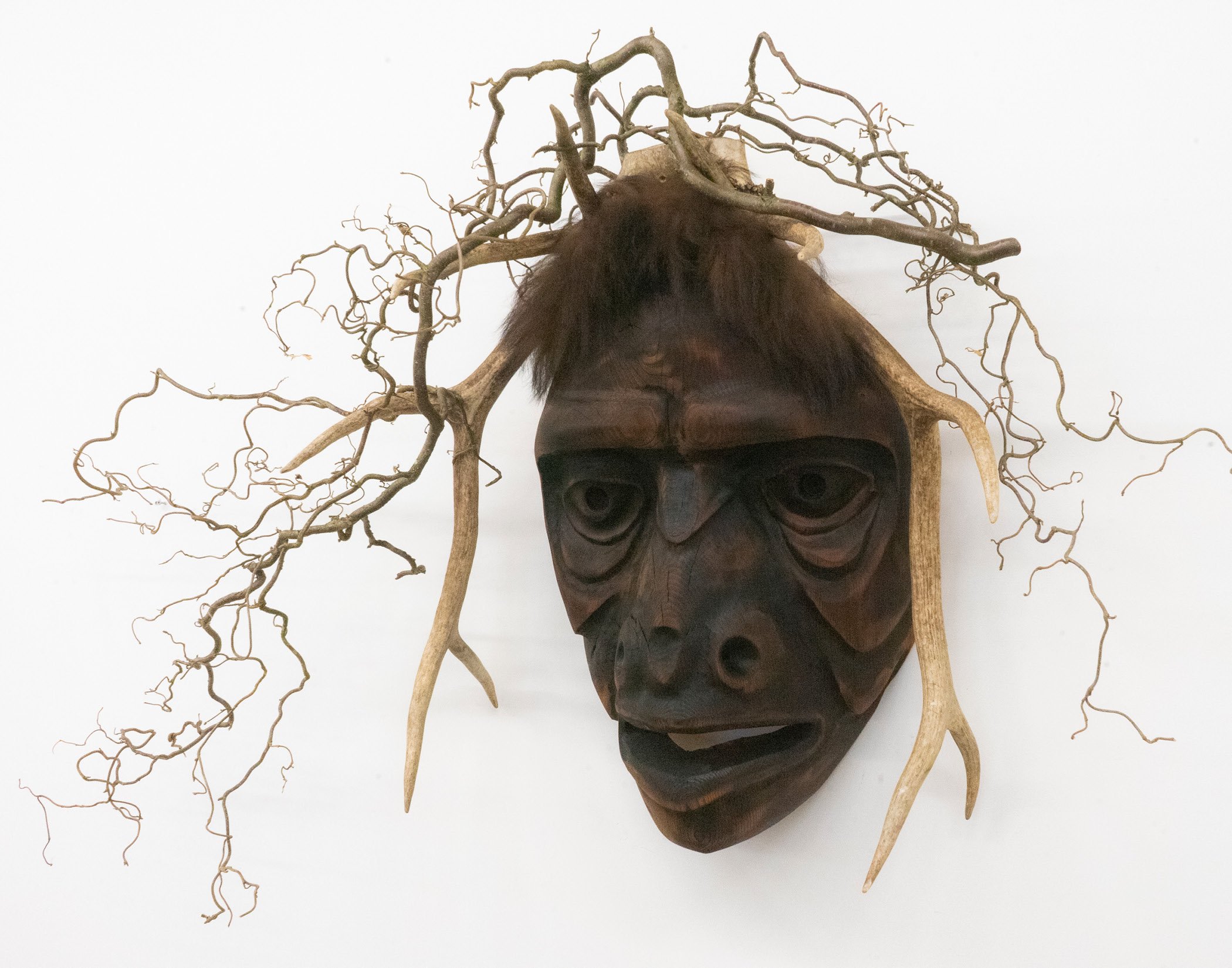 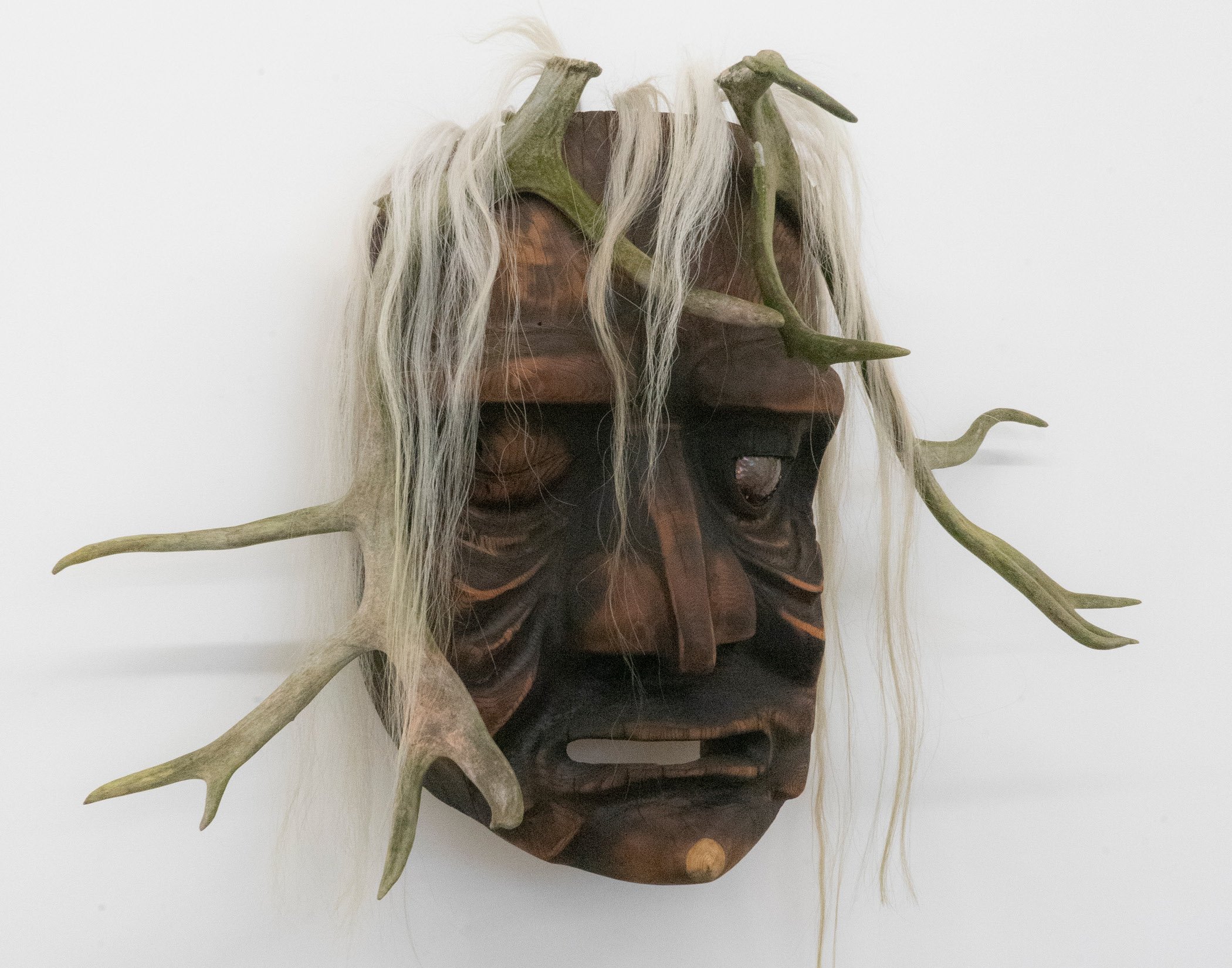 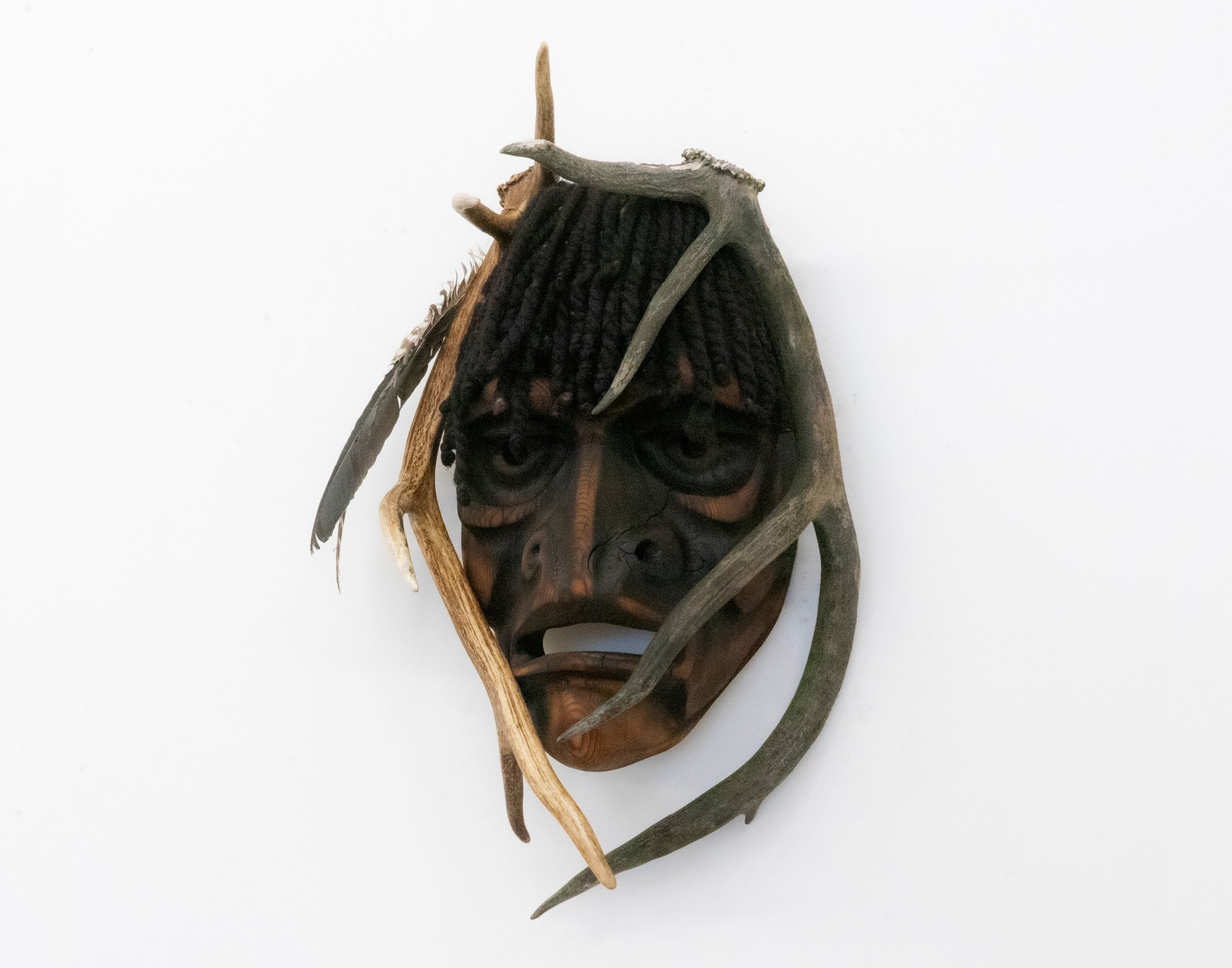 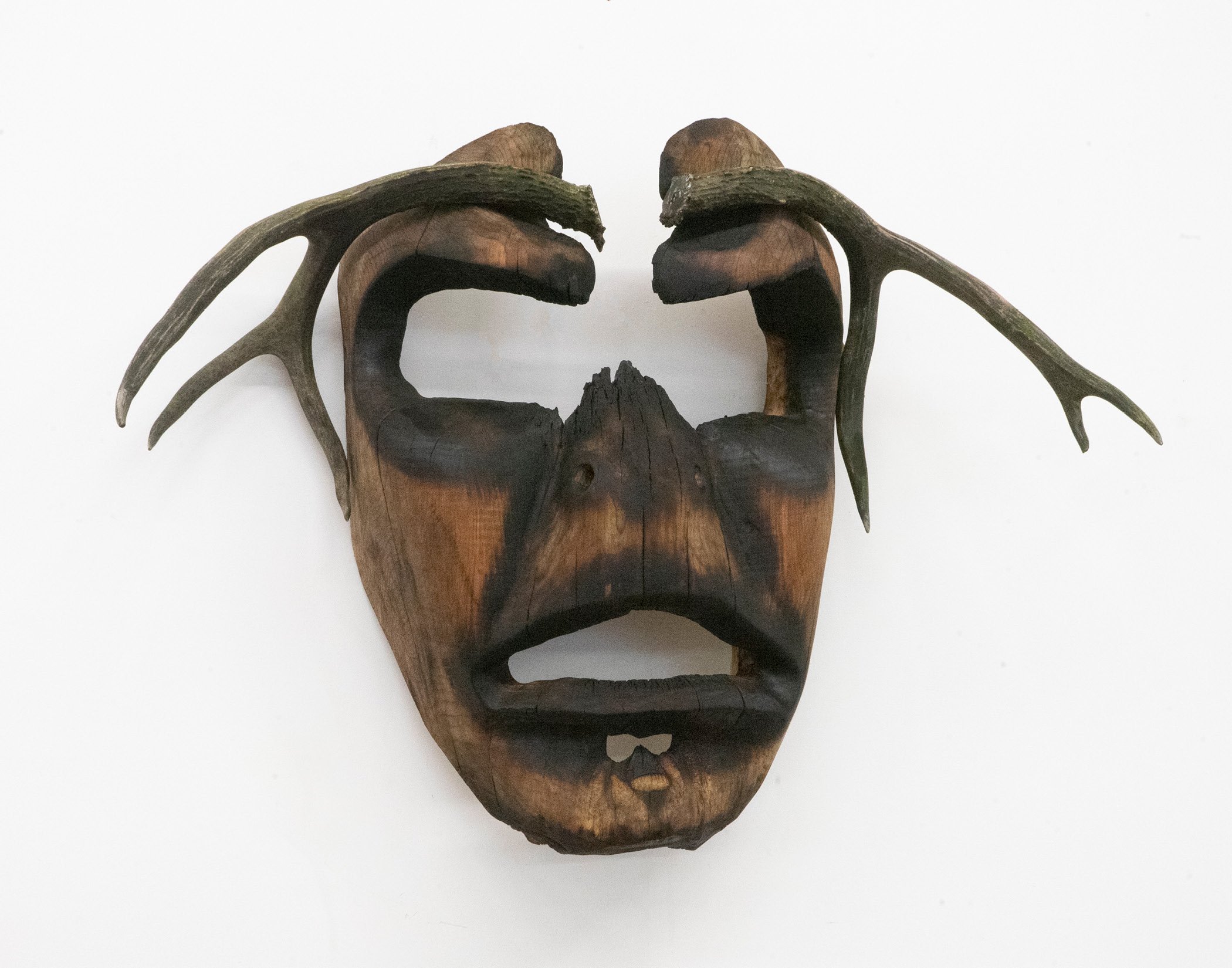 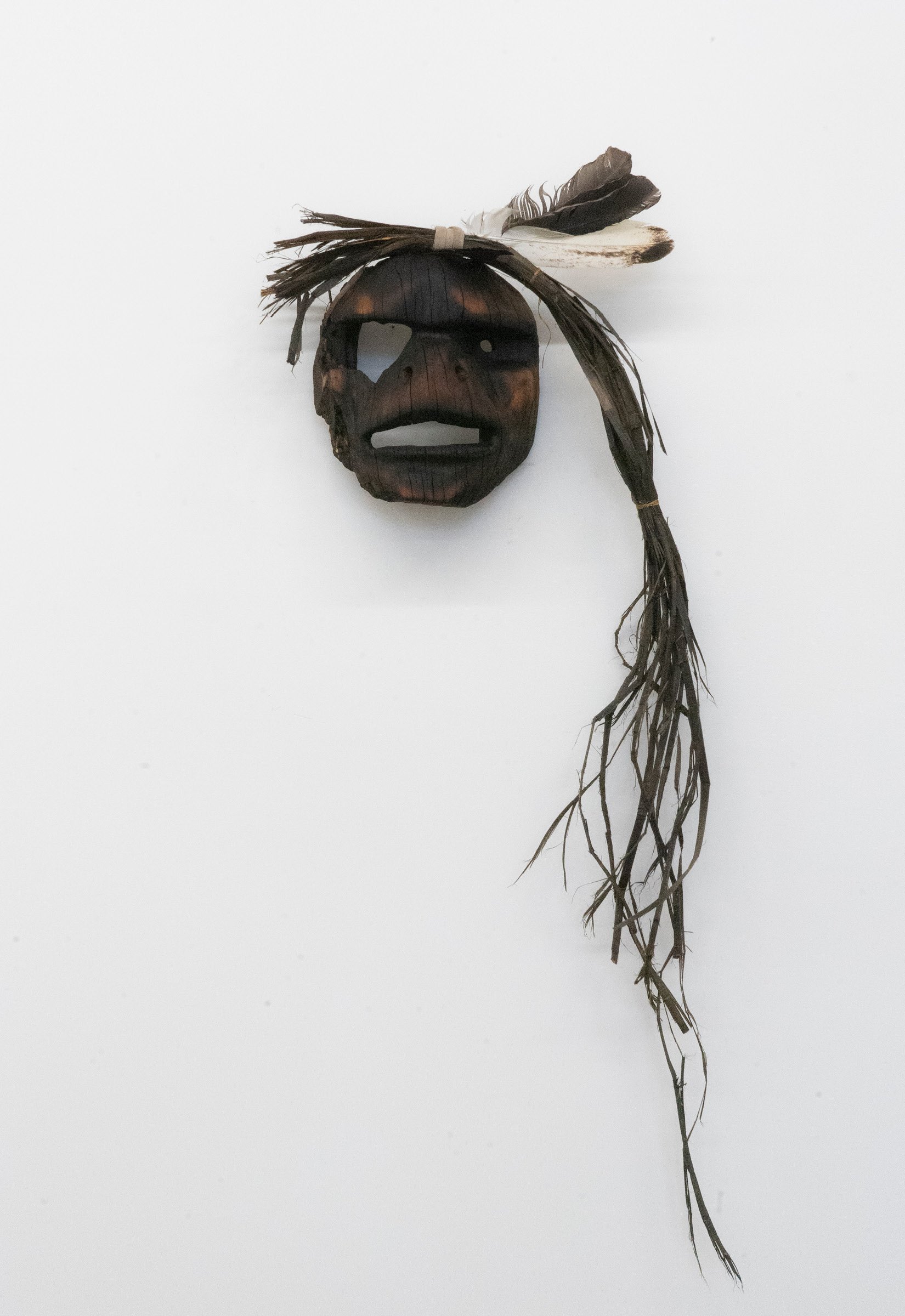 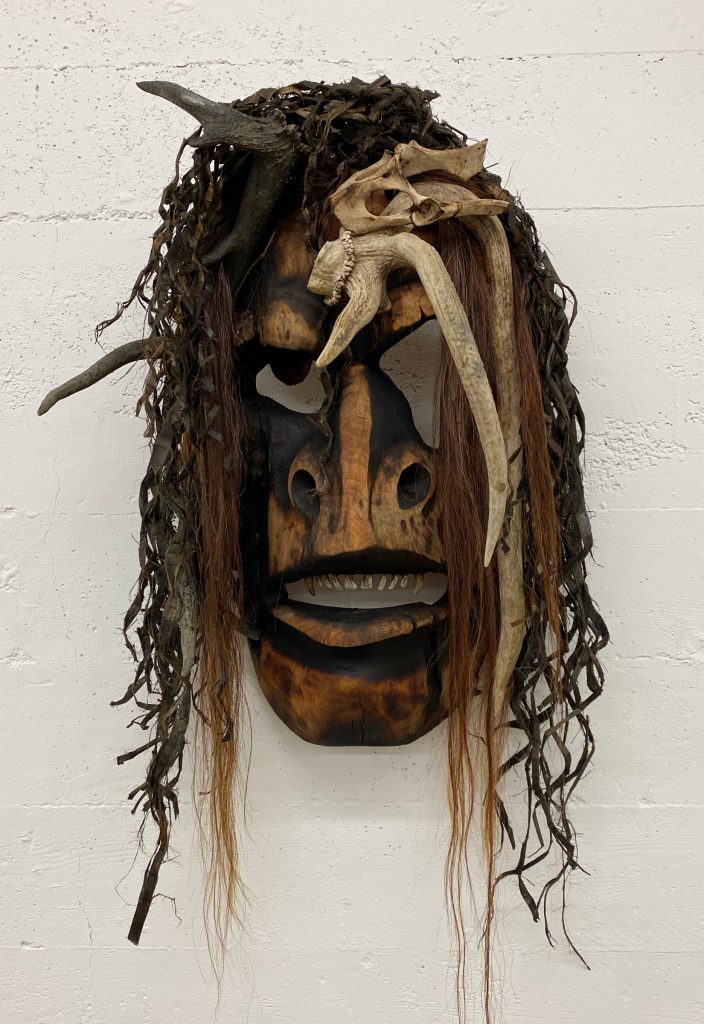 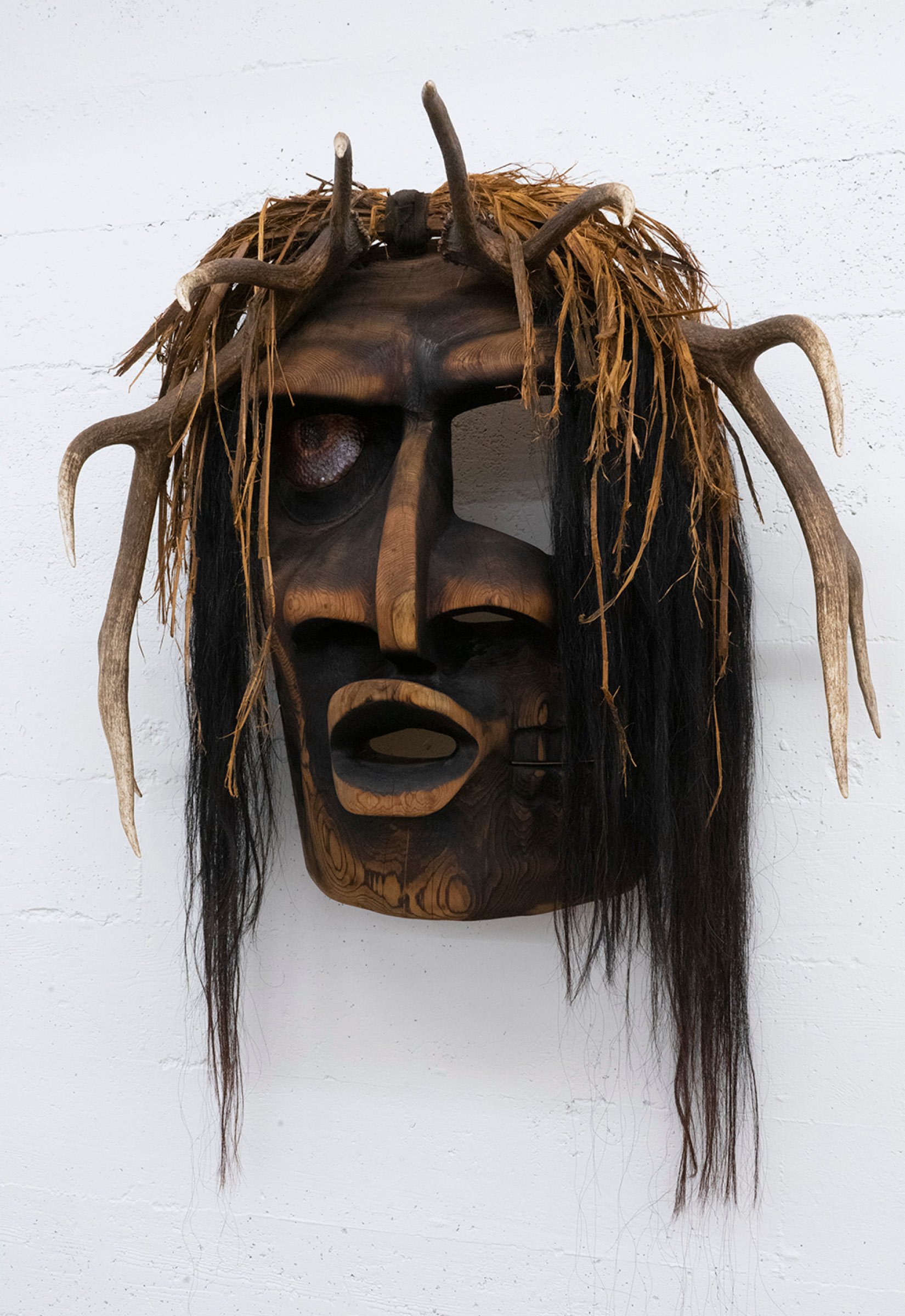 The Sasquatch, or “Sásq’ets” is an important figure to the Stó:lō people, featured in myths as a powerful but generally benign wild man. He is described as a tall and hairy supernatural creature of the woods. Rocky tells the story of his encounters with Sasquatch:

“When we go out into the woods, it’s important that we alway acknowledge Sasquatch, or Sásq’ets. We bring him food, we pray to him, we give him fish and meat, plants and berries and medicines. He’s our go-to guy, he’s our god.

One morning it had just snowed, I was on my usual morning trek into the forest with a bag of leftovers for the ravens and I dumped my food onto a stump and faced the east, and acknowledged gave thanks to creator, to spirit for everything. On my way back home, I looked down and there was a big indentation in the snow. At first I thought it was maybe from the snow falling off the branches. But it was shaped just like a bear foot, but it was much bigger. So I stepped back and looked back, and there was another one, and another one. And they were really far apart, so I had ato jump to get from one to the other. And when I followed the tracks back, they went right from the stump where I’d left the food, all the way right to my yard. That showed me I wasn’t walking alone, and I wasn’t only feeding the ravens.

Back home all the elders could tell you stories of encounters with the Sasquatch. To the Coast Salish people, he’s what we have left of our culture. We don’t hunt him, we don’t exploit him, we leave gifts for him and we respect him. Every winter and spring all the longhouses make plates of food for him, and we spoil him rotten. ” 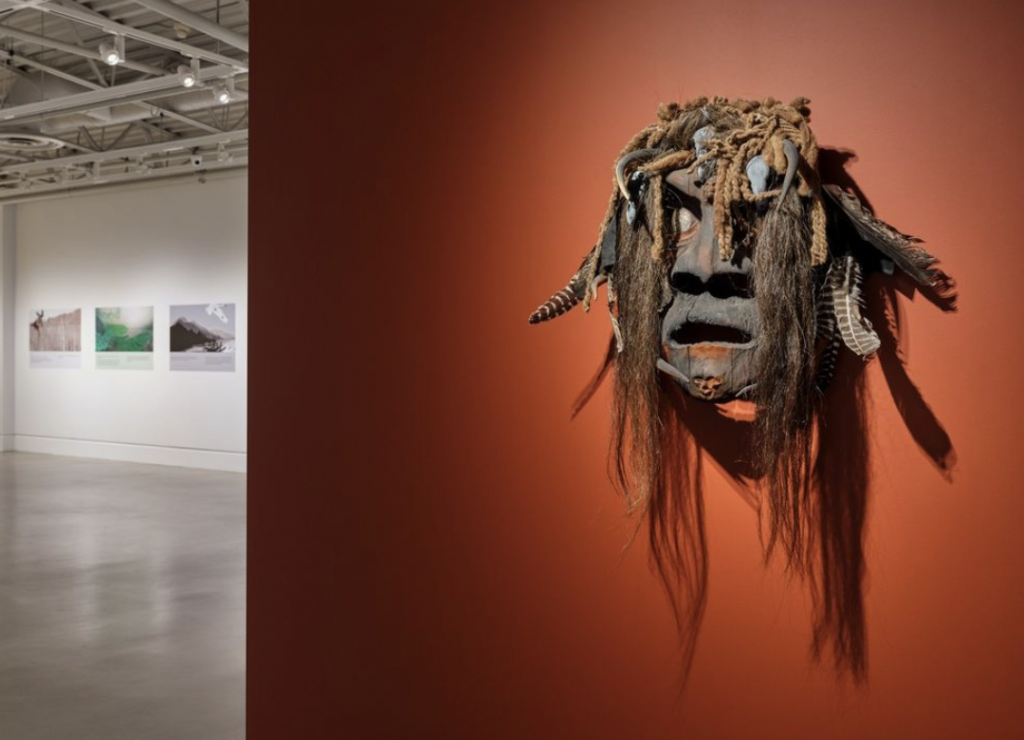 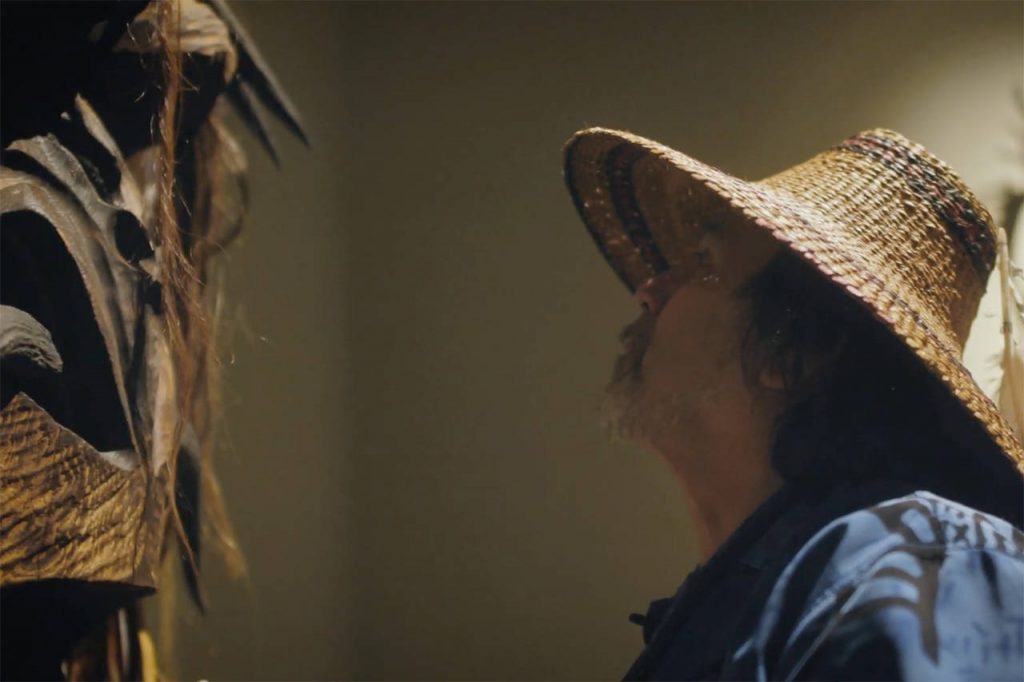