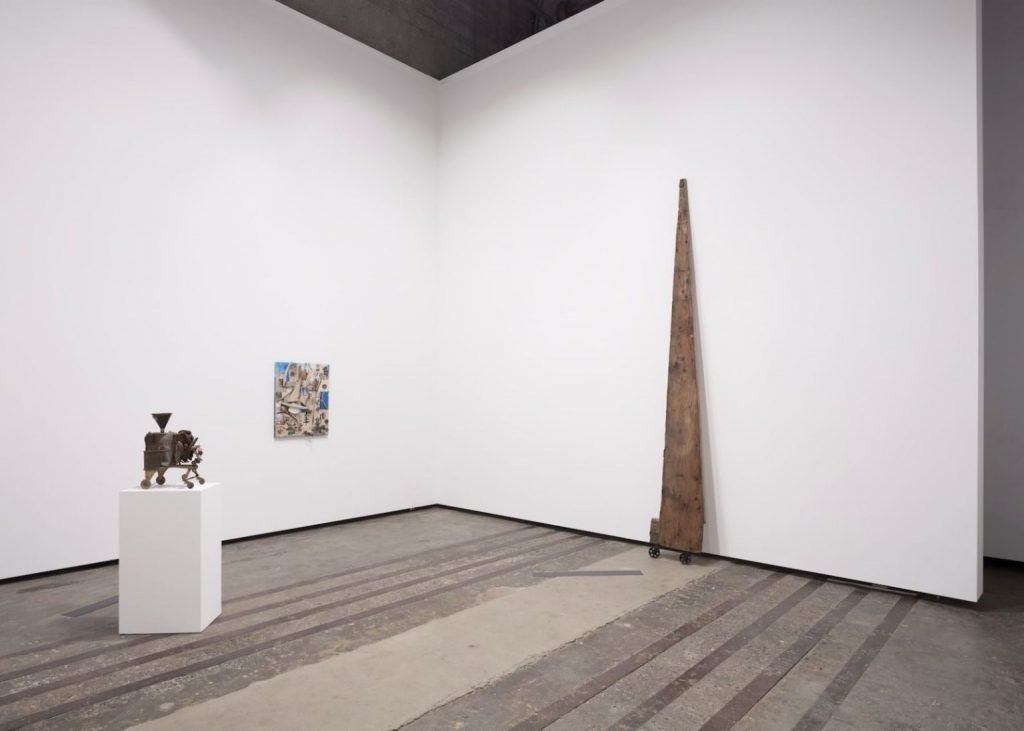 Monte Clark Gallery is pleased to announce an exhibition of recent work by Vancouver artist Roy Arden. The exhibition focuses on several bodies of work that all follow an aesthetic strategy of collage or bricolage.

Arden’s recent cyanotypes on paper are unique prints made by coating watercolour paper and other found papers with a light sensitive emulsion, laying objects on the paper and exposing it to either daylight or a metal halide light bulb. The resulting playful compositions of objects like toy trains, scraps of wire and detritus are rendered in a range of blues characteristic of the medium. Trains are a recurring motif in Arden’s oeuvre, and here the shadow of a 19th century American tin toy locomotive invokes the Westward expansion of European culture.

Tip Top is a suite of unique relief prints made from vernacular, commercial printing plates the artist has collected over the past few years. These metal plates of classic cartoons like Li’l Abner and Tarzan, advertisements for burlesque shows, Jello Pudding, Coca Cola, technical diagrams, etc, represent a cross section of 20th century commercial print culture. Arden has created collages by combining and overprinting the plates in a range of vivid colours. This repurposing of found plates has its earliest precedent in Kurt Schwitter’s print collages created from plates made for various commercial concerns such as the Pelican Ink company. In some of Arden’s prints the original imagery and text are clearly legible, providing information on the sensibilities of the earlier days of modernity; in others, the artist has used the plates almost as brushstrokes to deliver deep colour and/or visual cacophony resulting in abstract compositions.

Also included in the exhibition are several sculptural assemblages that continue Arden’s interest in the wheeled vehicle as an enduring motif throughout art history. These are made from a wide variety of objects including street finds, vintage toys, and automobile parts, and—as with much of Arden’s work—they at once continue and reflect on various art traditions, collage and assemblage in particular.

Roy Arden’s work can be found in many public collections in North America and Europe, including The National Gallery of Canada, the Los Angeles County Museum of Art, The Museum of Modern Art, New York, The Centre Pompidou, Paris, The Stedelijk Museum, Amsterdam, and the Staatsgalerie in Stuttgart. He has exhibited in dozens of international exhibitions from New York to Sharjah, and Berlin to Sydney. In 2007 the Vancouver Art Gallery mounted a survey show of his work covering the period 1981-2007. In 2013, Arden exhibited in Damage Control: Art and Destruction Since 1950 at the Hirschhorn Museum in Washington D.C. 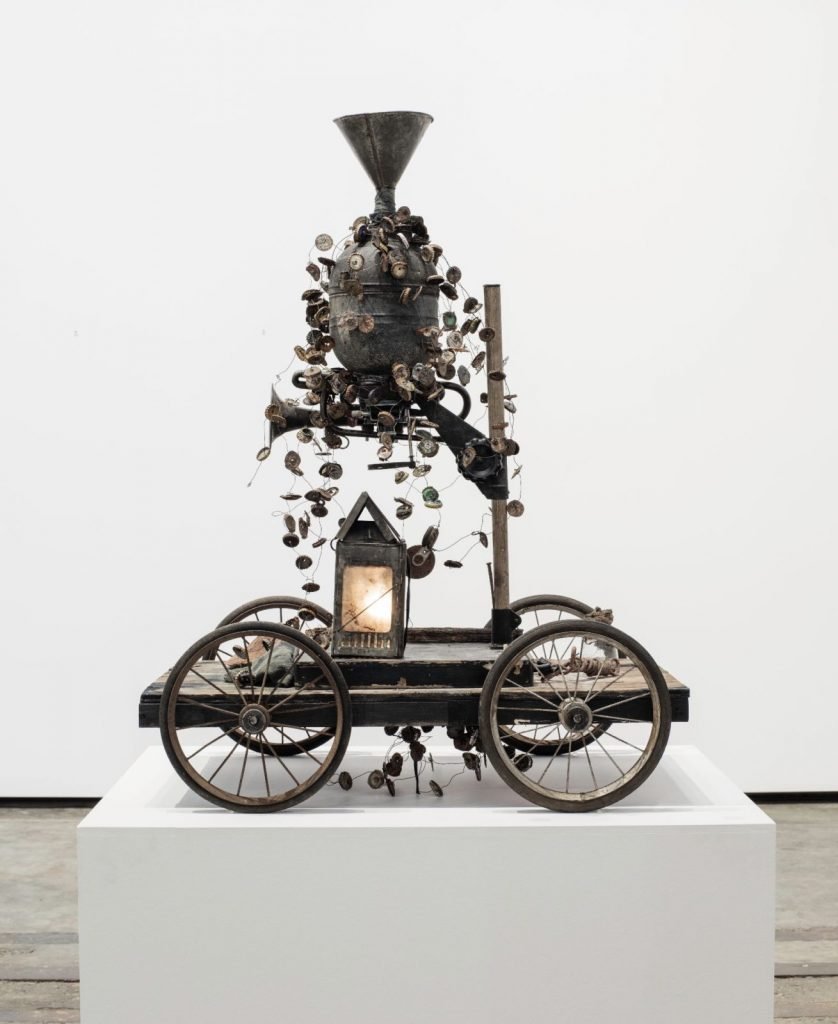