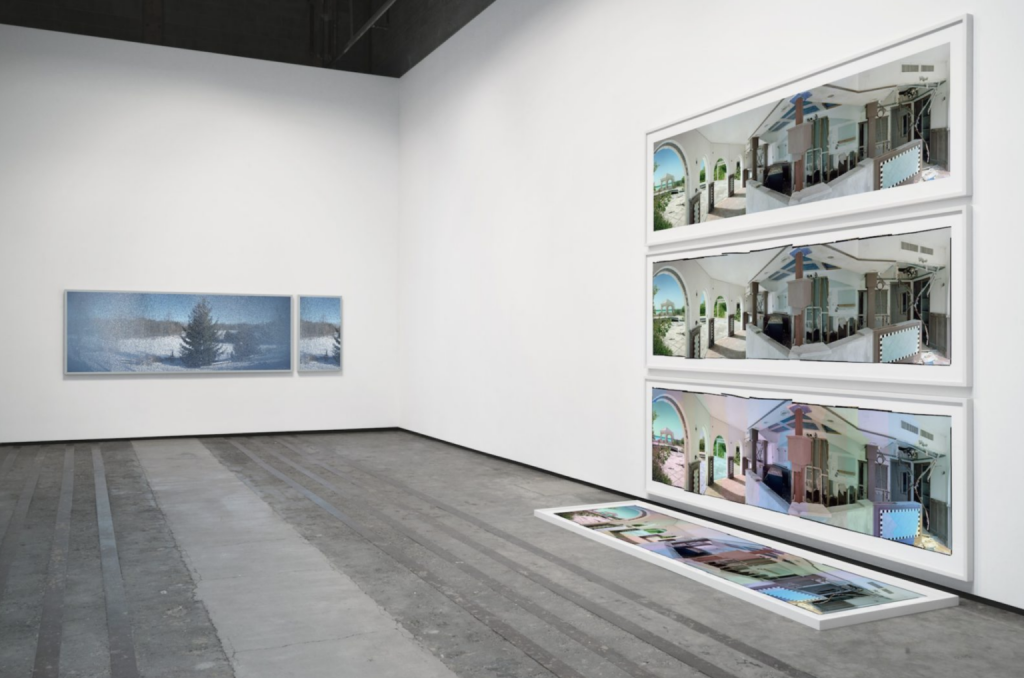 Scott McFarland’s new exhibition at Monte Clark Gallery examines the concept of duration, and its representation in different media including photography and video. Eschewing Henri Cartier-Bresson’s notion of the decisive moment— “the simultaneous recognition, in a fraction of a second, of the significance of an event as well as of a precise organization of forms which give that event its proper expression”*—McFarland has created imagery of a subject over time, expanding the duration of his examination as well as the visual information collected. The artist meticulously assembles his imagery in the digital realm to form one single representation, the result a resonant image that challenges the assumed notion of a photograph representing one single moment.

From McFarland’s series Nassau Entropics, the exhibition includes “View from a Pavilion, South Ocean Beach Resort, Nassau, The Bahamas (Variation of 4)” (2015) which is presented in its entirety: four panoramic images depicting one scene from a static vantage. In all four photographs, the deterioration of the resort is apparent, from water stains, cracked and chipping paint, and even pipes ripping away from the ceiling. In the background, the pristine blue sky and tropical aquamarine water can be viewed through the doors of structure, the natural colours strikingly vibrant against the drab green and blues of the peeling paint within the pavilion. Deterioration is a recurring theme in McFarland’s work, an apt visual metaphor for duration and the entropic processes imposed by time. Concurrently, McFarland conveys duration in an entirely different way by gradually revealing his photographic and mechanical process as the series progresses. In the first variation, the construction of the photograph is pristine and seamless, presenting a unified view. As the series develops, elements of the artist’s methods are visually disclosed, including the black rebate edges of film, the contrasting exposures of different captures, and the vertical format in which he shoots. As the photographic elements of McFarland’s image-making break down and become apparent, the extent of the artist’s time in creating the works is made obvious, further emphasizing the notion of duration within a single photograph.

Also presented in McFarland’s exhibition is his work “Shattered Glass, Late Afternoon Sun,” (2015) a trans-mounted chromogenic print in a lightbox alongside a video displayed on a 4K monitor—both captured simultaneously using a digital camera. On the two components, through a dizzying mosaic of shattered glass can be seen a tranquil pastoral landscape of snow and trees. The fragments of glass at once reference the artist’s cultivated process of piecing together his works, the camera lens, and the root language of digital photography, pixels. The trans-mounted print itself is in horizontal panoramic format, while the video slowly pans across the scene to convey the information of a panorama while existing as the familiar vertical format of a digital screen. This dialogue between the two formats references McFarland’s process of shooting in portrait or vertical format and assembling several images together to create a horizontal form. The adjacent mediums also serve to illustrate McFarland’s concept of time in photographs, how duration can be depicted, and the experience of viewing images (since 2004, many of McFarland’s works have been panoramic, the format mimicking turning one’s head across a scene and implying an experience that captures more than just one moment.) Looking back further, the artist’s first work that explored the format of duration using a photograph and video together was exhibited at Monte Clark Gallery in 2001, “Cabin with Motion Light” (2000). This work explored duration by utilizing the timer settings of a motion light installed at a rustic cabin, and illustrated the concept by presenting a video alongside a photograph; a striking and contextualizing piece to consider alongside McFarland’s most recent work, as well as his practice as a whole.

Scott McFarland lives and works in Toronto, Canada. His works are included in public collections such as the MoMA, the J. Paul Getty Museum, the National Gallery of Canada, the SFMoMA, the Walker Art Center, and the Vancouver Art Gallery. In 2014, the Art Gallery of Ontario exhibited McFarland’s solo exhibition “Snow, Shacks, Streets, Shrubs” which surveyed his recent work, and other major surveys were presented at the National Gallery of Canada (2010) and the Vancouver Art Gallery (2009). In the Spring of 2016, McFarland’s work will be included in the inaugural exhibition The Campaign for Art at SFMoMA. 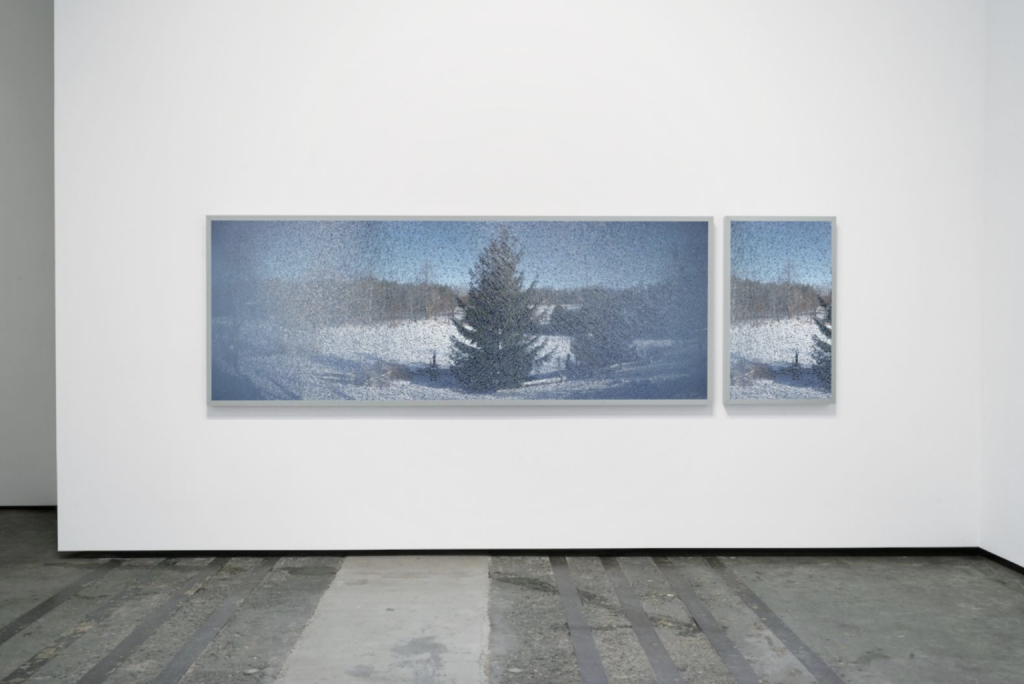