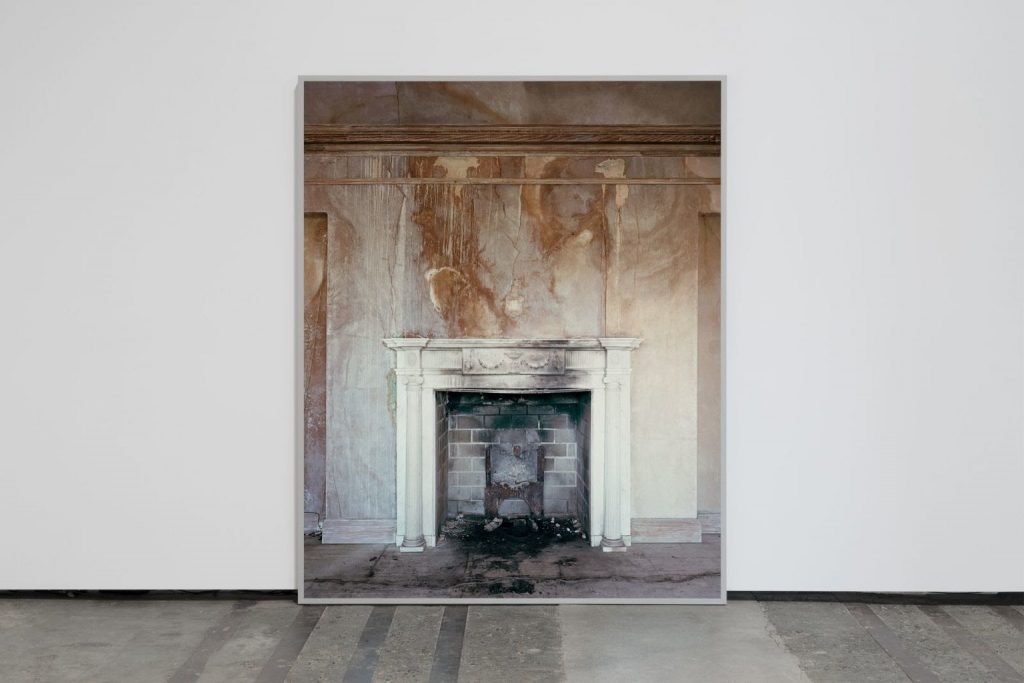 Monte Clark Gallery is pleased to present a new exhibition by Scott McFarland, assembling three photographic and two video works that examine and illustrate the dialectic between the still and moving image.

View of Tennis Club, Sans Souci, Georgian Bay is a new large-scale work created as a companion to McFarland’s View of Marina, Georgian Bay from 2008, showing again a view of the highly desirable summer cottage area on Lake Huron (an area canonized in Canadian art originally by the Group of Seven.) The wide, panoramic view is made up of multiple photographs digitally assembled and includes repeated figures, multiple exposures, and flares from the edges of many different captures.

Many of McFarland’s earlier digital compositions — similarly made up of multiple photographs — were perfected in their seamlessness, presenting to the viewer an uncanny though “real” looking single photograph. In the last several years, the artist has expanded his practice of digital manipulation and created works which purposely fracture, breaking down parts of the image and exposing the mechanics and most notably the time and duration involved in the picture making process. The analogue signs demonstrated throughout McFarland’s newer works contrast the veneer of usual digital retouching, and what have classically been regarded as photographic “flaws” instead play a larger role in the conceptual presentation of his work.

Fireplace is life-scale image of a hearth from McFarland’s new series entitled Villa. Black ash and smoke-damage layer the interior, while water damage and stains permeate the walls in the surrounding room. Deterioration is a recurring theme in McFarland’s work, a metaphor for duration and the entropic processes of time. This work, illuminated in a lightbox, continues McFarland’s depictions of light and it’s intrinsic relationship to photography. The new work is in dialogue with early imagery of fires from his past works including Embers, Late Evening, 2002 (an iconic, early piece in his first digitally manipulated series Cabin).

Colonnade depicts the same neglected estate as Fireplace, this piece a vertical video that slowly pans 360 degrees of unkempt foliage and crumbling columns. The overall view conveyed is similar to that of a panoramic photograph, though this perspective is prolonged as the movement of the camera slowly completes the scene, looping continually.

A second lightbox in the exhibition is from McFarland’s Sky Leak series. The piece depicts two types of spontaneous imagery: cloud formations, and anomalies created by film that has been damaged by exposure to light and water (another nod to the inherent mechanics of analogue photography). The subject matter of this piece is mirrored in The long way home, a seamlessly looped video showing the waters of Georgian Bay; much like meditation, the contemplative view seems to blur and alter perception of time, presenting another unraveling and examination of duration.

Scott McFarland lives and works in Toronto, Canada. His works are included in public collections such as the MoMA, the J. Paul Getty Museum, the National Gallery of Canada, the SFMoMA, the Walker Art Center, and the Vancouver Art Gallery. In 2014, the Art Gallery of Ontario exhibited McFarland’s solo exhibition Snow, Shacks, Streets, Shrubs which surveyed his recent work. Other major surveys of McFarland’s work have been exhibited at the National Gallery of Canada (2010) and the Vancouver Art Gallery (2009). Most recently, McFarland exhibited at the SFMoMA (About Time) and Fort Gansevoort, New York (Sky Leaks).