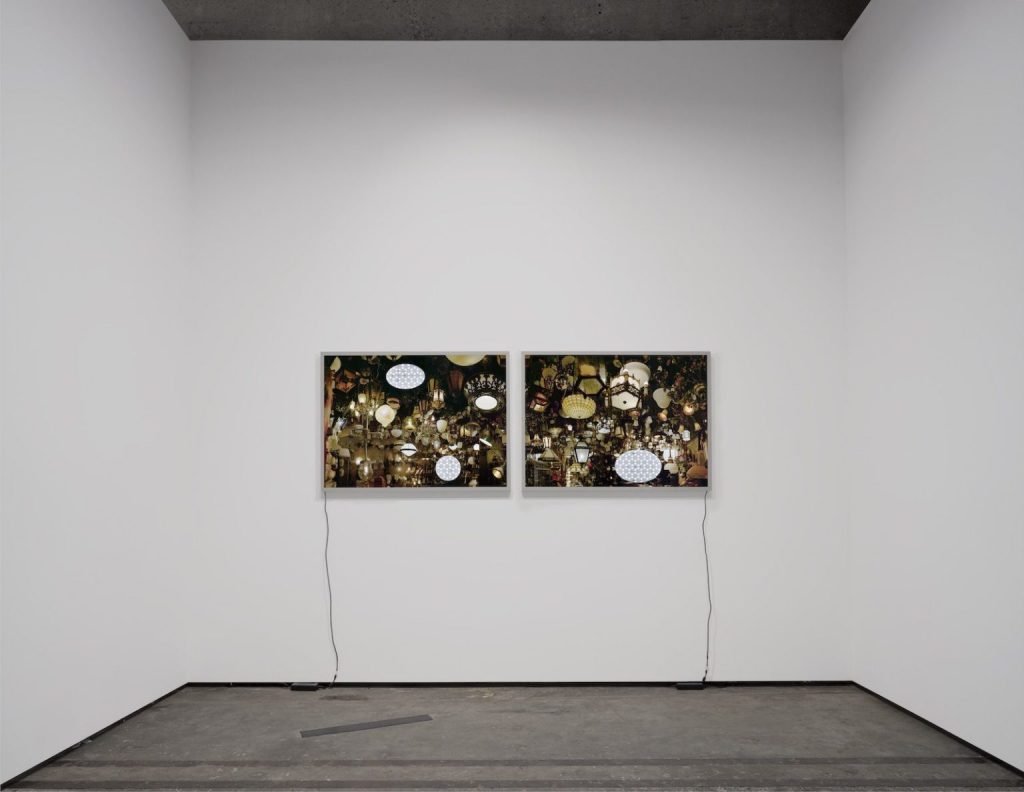 Scott McFarland’s Vintage Lighting (Variation 3/4), is one in a series of four unique compositions that depicts a dizzying collection of fixtures and lamps, composited from several exposures assembled to create a single picture.

McFarland’s image is at once both seamless and fractured. Though depicting what appears to be one view, the inherent and existing lighting from each negative is unaltered, creating an almost kaleidoscopic impact. The space is broken up into two halves as a diptych, further disrupting the fluid sense of light. The image itself is produced as chromogenic transparencies that have been punctured to mimic the round shape of lighting fixtures, strategically revealing the mechanics of the LED lightboxes on which the piece is installed.

The title Vintage Lighting refers to the name of actual lighting store where the original images were photographed. McFarland’s documenting of this space—a shop selling tungsten, Victorian era light fixtures that are relics of a technology growing obsolete—mirrors other works in his oeuvre, most notably his Street View Lab (2014) series that documented various shuttered photolabs that have likewise become outmoded with new technologies. Vintage Lighting is a continuation of McFarland’s interest in producing images of light sources, examples of which can be seen as early as his Cabin (2000) and Photolab (2001) series. The work is a significant and exceptional example of his long-running practice of depicting time and light in relation to photography.

Scott McFarland lives and works in Toronto, Canada. His works are included in public collections such as the MoMA, the J. Paul Getty Museum, the National Gallery of Canada, the SFMoMA, the Walker Art Center, and the Vancouver Art Gallery. In 2014, the Art Gallery of Ontario exhibited McFarland’s solo exhibition Snow, Shacks, Streets, Shrubs which surveyed his recent work. Other major surveys of McFarland’s work have been exhibited at the National Gallery of Canada (2010) and the Vancouver Art Gallery (2009). Most recently, McFarland was included in About Time at SFMoMA. 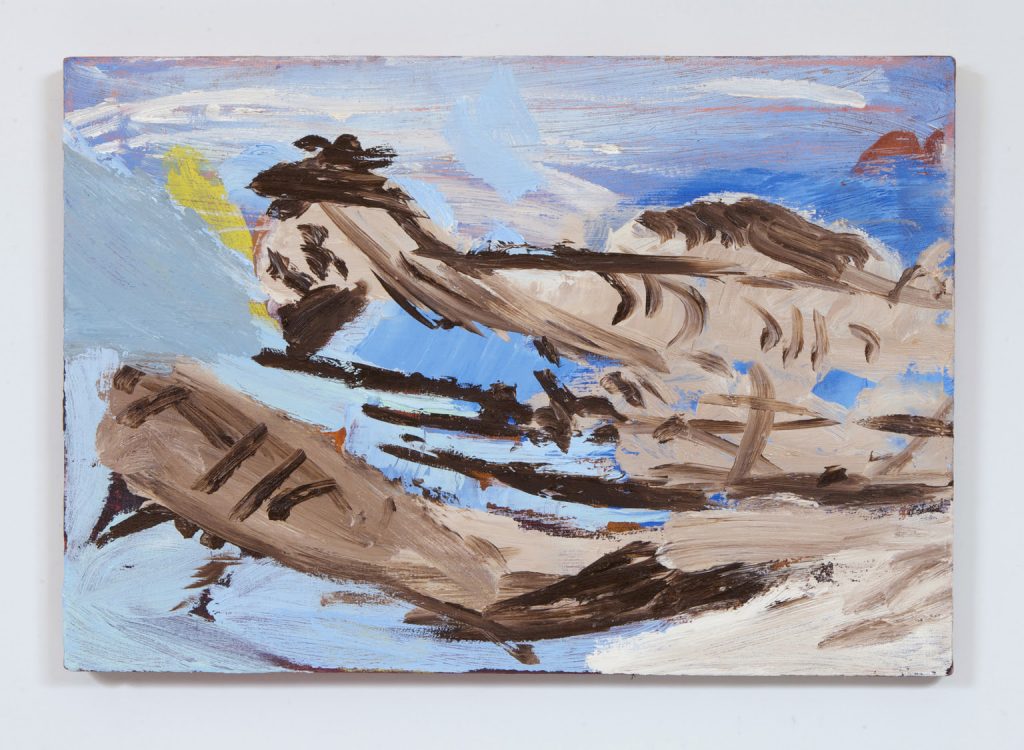