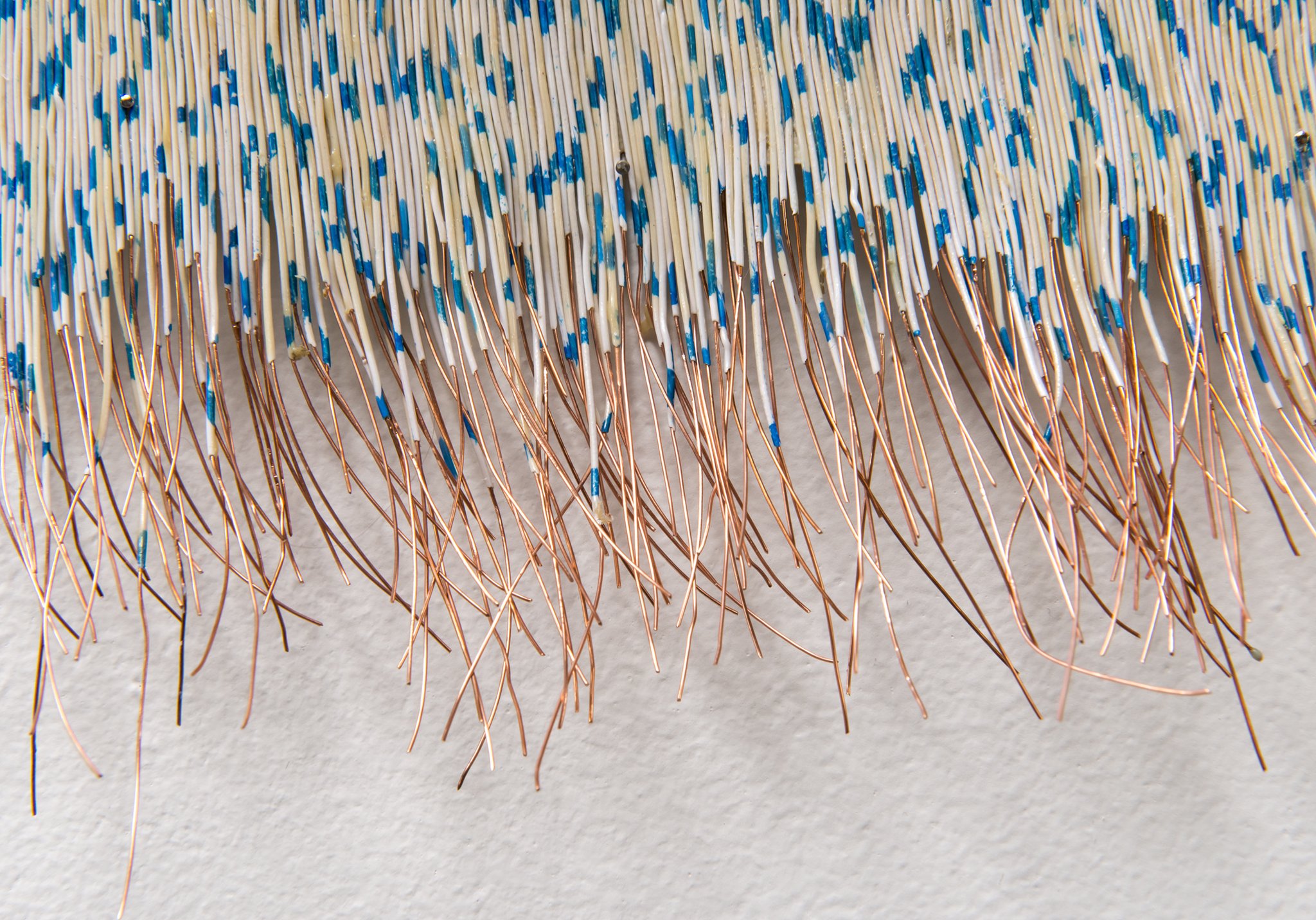 till your voice catches the thread | BAF

Emily Hermant’s recent body of work—made using telecommunication wires that are stripped and then glued together to form a surface—could be said to re-weave technical glitches into experimental derivations. Consider Reflections on Perseid (No. 3). Having become refuse, the wires found here no longer carry electrical currents or data across a digital universe; rather, they are now the substrate through which a picture of this system is revealed. The night sky of crossed signals has become legible as a concatenation of physical waves and data packets, broken up and repackaged. Similarly, with Echo (Sabin), in a form that is both visual and tactile, wires are repurposed to connect different planes, and so lines seem to speak across a channel, but they do so only to a point. In the end, the wires are exposed as fringe at the edges. For both works, glitches begin to appear in the system—breaking up a smooth planar field into frayed edges.