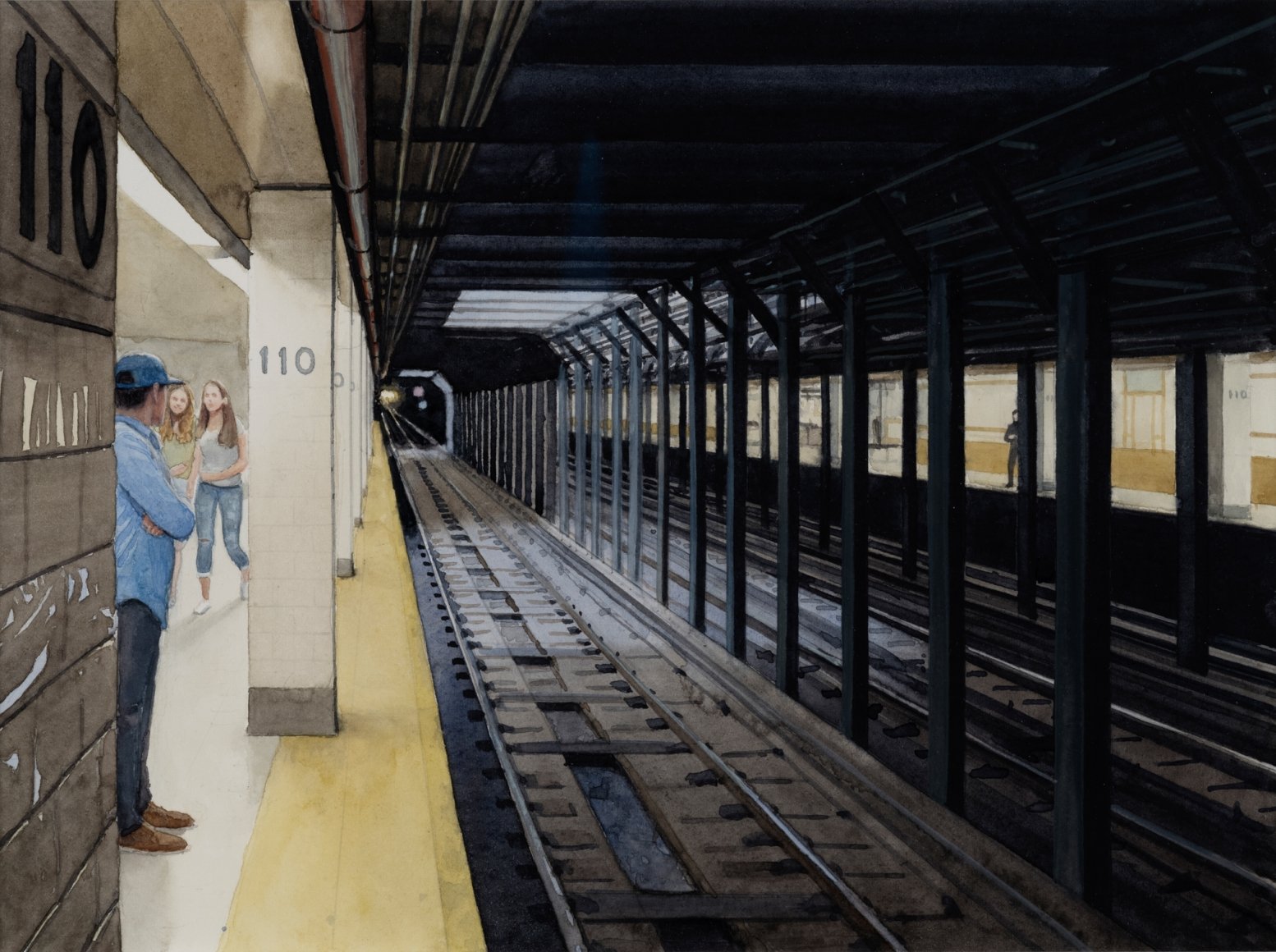 Known for his exacting watercolors depicting scenes of typically masculine coming-of-age scenarios, here Gardner trains his eye onto New York City, tracing the nature of memory and sensation as they relate to urban environments. Gardner’s relationship to New York is both as insider and outsider – he moved to the city in 1997 and has been returning regularly since moving back to his native Canada in the early 2000s. This duality allows him the latitude to observe the preciousness of everyday moments while simultaneously outlining his own archetypal version of the city’s time-honored visual identity. As much as being in New York is a collection of moments, flashes of images and emotional kindling, Gardner’s paintings freeze and elongate these instants, allowing for a dissection of the city’s resonant hum.