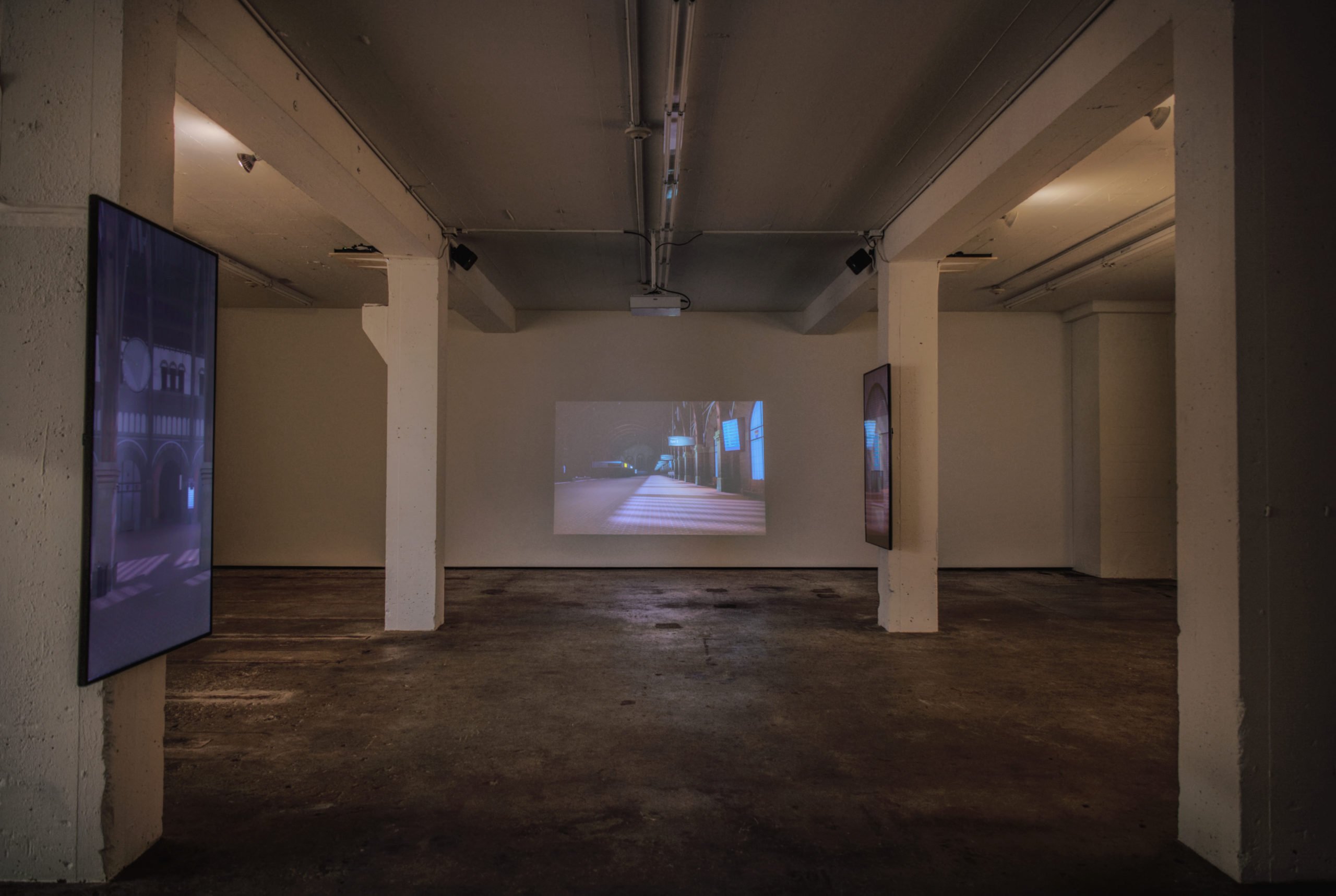 Inspired by painting, literature and street photography, Vilhelm Sundin’s work situates mundane events in a fictional universe. Sundin holds an MFA from Simon Fraser University, Vancouver and a BA in Media Arts from Emily Carr University. Sundin’s work was recently shown in N. Vancouver at the Polygon Gallery, North Vancouver. After moving from his native Sweden in 2006, Vilhelm Sundin now lives and works in Vancouver, BC.

In this exhibition, Vilhelm Sundin uses photographs, video monitors, and projection to create an open ended narrative, touching on the ambiguity of our current time. These works exemplify some of the reoccurring themes in his oeuvre—time, duration, and isolation.

Copenhagen Series is a three-channel audio/video projection installation that draws influences from Scandinavian chamber plays. Single figures occupy their own screen while sharing a common space, a location inspired by the Copenhagen Central Train Station. While the players remain isolated and suspended in time, a poetic sensibility emerges as Sundin weaves the three elements into a cohesive single work, with inherent tension resulting. Copenhagen Series is an immersive installation surrounding the viewer, inviting them into an environment that at first glance seems familiar, yet over the course of its duration, reveals an underlying sense of unease.

The Office: First Light, and The Office: Night, utilizes 3D imaging to construct two photographs of the same place. The viewer experiences the passage of time, as one picture, Night, shows the space occupied while the second picture, First Light, shows the space now empty. Sundin’s mise en scene invokes a feeling of loneliness, inviting the viewer to consider the silence.

Monte Clark Gallery acknowledges the support of this exhibition with Capture Photography Festival.

Visiting the gallery:
Walk-ins are welcome but the number of guests permitted in the gallery at one time will be limited. To avoid waiting, you may request an appointment during our open hours by emailing info@monteclarkgallery.com.

We observe COVID 19 protocols, and request that you maintain physical distancing and wear a mask while visiting the gallery.

If you are feeling unwell or have traveled internationally in the last 14 days, we ask that you do not visit the gallery at this time.