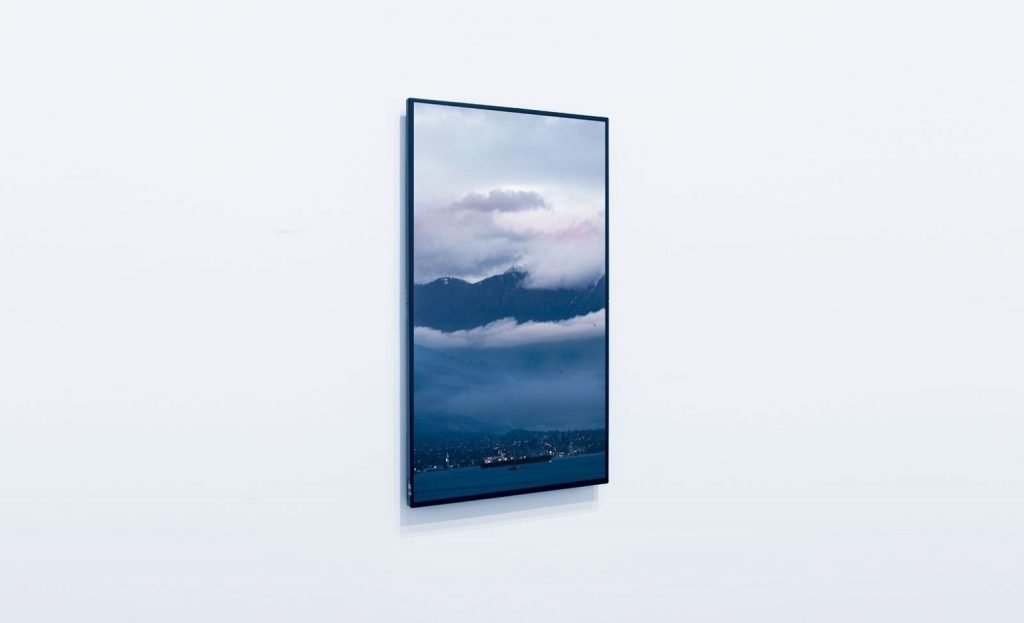 Vilhelm Sundin
Views from a Distance

Views From a Distance presents new and recent works by Vilhelm Sundin that investigate contemporary perspectives of urban spaces. Modern digital techniques often associated with cinema, such as 3D, compositing, and A.I. algorithms mixed with analogue technology have been employed to create works that speak to both our contemporary visual experience and traditional picture making. As the works surrender their attempts for authenticity, new serene and poetic moments appear, which are more akin to painting than the precision of photography. Sundin’s works play on the construction of a picture and the progression and transformation from point of capture to presentation. A close inspection of the images reveals their constructed nature and inaccuracies, and exposes their tender inability to render reality.

In Red Umbrella (a work which alludes to Man Smoking, an earlier video piece by the artist), humans have been removed from a cityscape to make way for a single artificial, computer generated character on a rooftop. The character interacts with the desolate setting, attempting to glimpse the view of an umbrella which resembles the sun. Views From a Hotel Room depicts a character taking in the view from a hotel room at night – a view which spectators cannot see, but one which we are instead part of. Sundin’s video installation The Ship at the Bottom of the Mountain follows a ship beneath the North Shore as the day progresses into night. The viewer observes from a distance as nature, natural light and clouds interact with man-made structures and artificial lights.

The immersive sizes of Sundin’s work and themes of ordinary stillness can be considered a statement on our hectic image consumption on tiny devices. The artist’s works encourage the viewer to step back and reflect on images—whether constructed or not—as a form of experience.

The Ship at the Bottom of the Mountain was commissioned by The Polygon Gallery through the 2016 Philip B. Lind Emerging Artist Prize, supported by Rogers Communications. 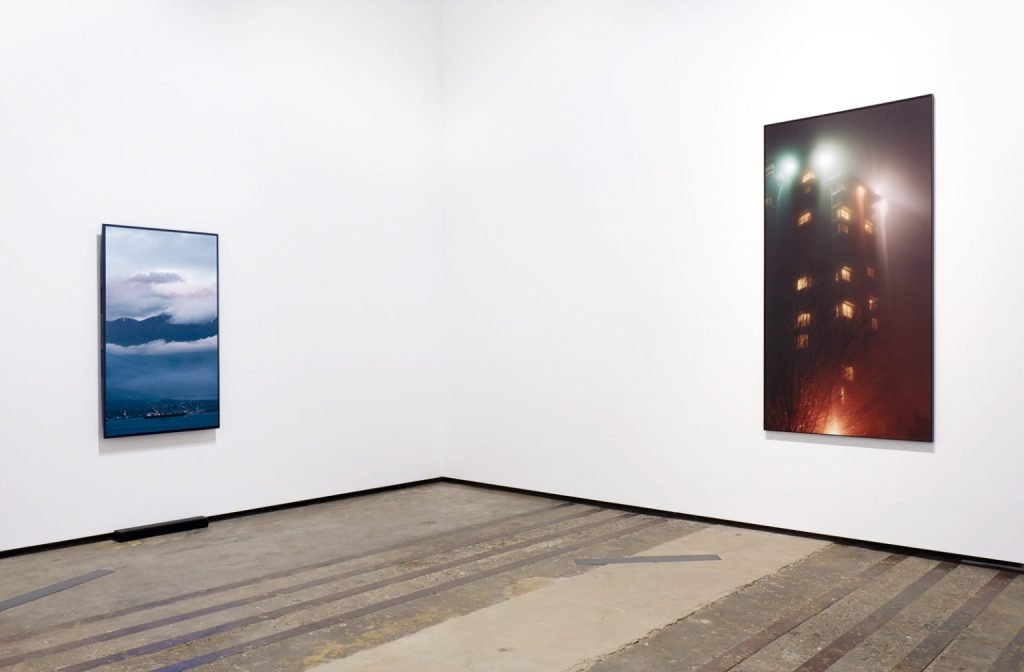